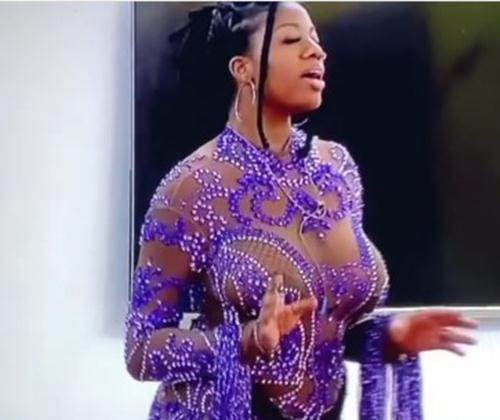 Former Big Brother Naija ‘Shine Ya Eye’ Housemate, Angel Smith is certainly one who has no fears over sharing her opinions, especially when it comes to slamming a Presidential aspirant and a National party leader in Bola Tinubu.

Her reactions come in response to the former Lagos State governor’s comments regarding the recent murder that took place in Ondo State, as some group of armed men invaded a Catholic Church in Owo to open fire on civilians during a church service.

“I strongly condemn the evil and brutal attack that took place at the St Francis Catholic Church, Owaluwa, Ondo State, this morning. I pray healing and comfort for the injured and the bereaved.”

The post led to the BBNaija icon returning to the APC statesman a response, and one of criticism.

“Rest and I mean this in every sense. you’ve been in politics since God knows when. Go to Maldives, travel, appreciate life do something, Idk just free us.” She wrote, in condemnation of the politician’s continual interest in the political scene of Nigeria.

“Again, if I see anyone of you supporting Tinubu and the likes, I’m going to pray for you because these people have brought us nothing but disaster.”

“Buhari has given us nothing except fuel scarcity, insecurity, economic failure and vibes. Only you. Big B and the B doesn’t stand for benz.” She lamented.

Ohaneze pleads on the President to Consider Igbo Presidency