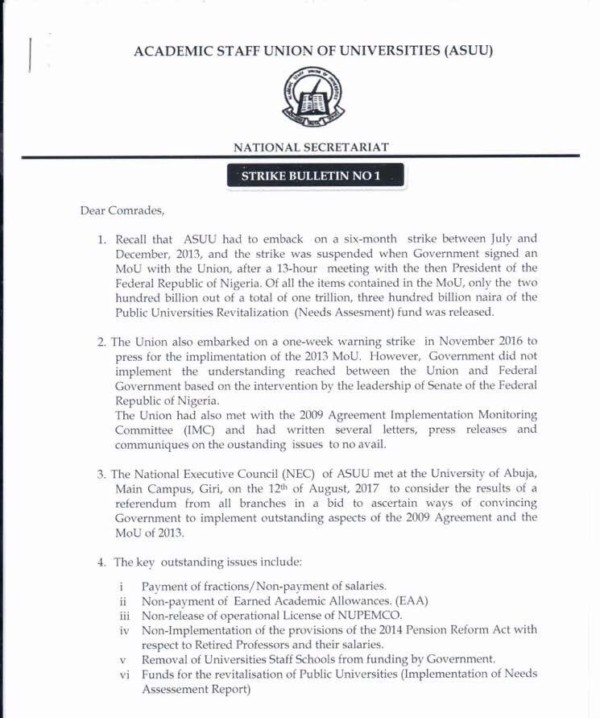 The Academic Staff Union of Universities (ASUU) has said that it will on Monday decide if it will begin an indefinite strike, TOPNAIJA.NG can confirm.

A memo dated August 12, 2017, purportedly from the union, had circulated on social media claiming they would embark on an indefinite strike beginning Sunday, August 13, 2017.

The memo stated that a memorandum of understanding (MoU) signed by the Federal Government in 2014 after a 6-month strike had yet to be fully implemented.

The memo said of the N1.3tn earmarked for the Public Universities Revitalization (Needs Assessment) Fund, only N200bn has been released.

The memo continued that the union has decided, after exhausting all avenues to get the government to fully implement the 2009 FG-ASUU agreement and the 2013 MoU, to embark on a “total, comprehensive, and indefinite strike action.”

However, after Vanguard reached out the union to confirm the news, the National President Professor Biodun Ogunyemi last night simply invited them to attend a press briefing at Labour House on Monday.

See the memo below: