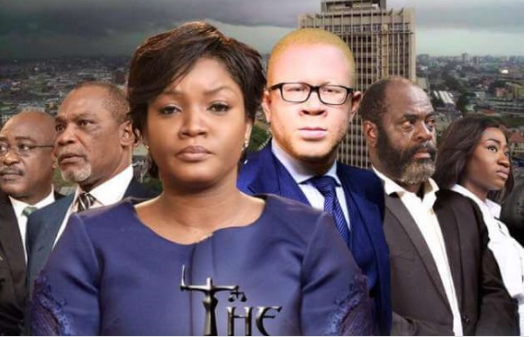 Got plans to see a movie this Holiday? To help you avoid such a bad movie situation, TopNaija.ng recommends the following movies.

Synopsis: A pilot lands work for the CIA and as a drug runner in the south during the 1980s.

Synopsis: Jimi Disu, a washed-up lawyer now in his 50s, who helped co-establish a leading law firm in Lagos many years ago.
He is approached by a young, enthusiastic, law school graduate to help defend her friend who has been unfairly fired because he’s a person with albinism. This gives Jimi a chance to battle his old law firm.

Synopsis: The world’s top bodyguard gets a new client, a hit man who must testify at the International Court of Justice. They must put their differences aside and work together to make it to the trial on time.

Synopsis: Chuks (aka Terminator) is an ardent player with the ladies. He enjoys the attention of women, including girlfriends from the past. When challenged by his friends to see if he can prove the universality of that theory with three ex-girlfriends from his school days within 21 days, he accepts it.

Synopsis: A headhunter whose life revolves around closing deals in a a survival-of-the-fittest boiler room, battles his top rival for control of their job placement company – his dream of owning the company clashing with the needs of his family.

Synopsis: Gene, a multi-expressional emoji, sets out on a journey to become a normal emoji.

Synopsis: A man returns from prison, hoping to pick up the pieces of his life with his wife and business. Things are not as he hopes when he begins to suspect his wife of infidelity and with the business at stake,He calls in an old friend who is a private investigator for help. A love triangle ensue with everyone fighting for love and for money.

Synopsis: Twelve years after the tragic death of their little girl, a dollmaker and his wife welcome a nun and several girls from a shuttered orphanage into their home, soon becoming the target of the dollmaker’s possessed creation, Annabelle.

Synopsis: A ghost is scared to go to heaven because he doesn’t have a soulmate and so convinces God to give him three days to fall in love. He is paired with the cantankerous firecracker – Ijeoma – who will do anything to save her father’s house in Banana Island from the bank coming to reclaim it in three days. The two of them must first survive each other, then learn to work together, and eventually fall in love, to see their destinies unfold.

Related Topics:American MadeholidayTribunal
Up Next

6 Ways To Set Your Goals And Achieve Them

Here Are Signs That Indicate You Have Low Self Esteem