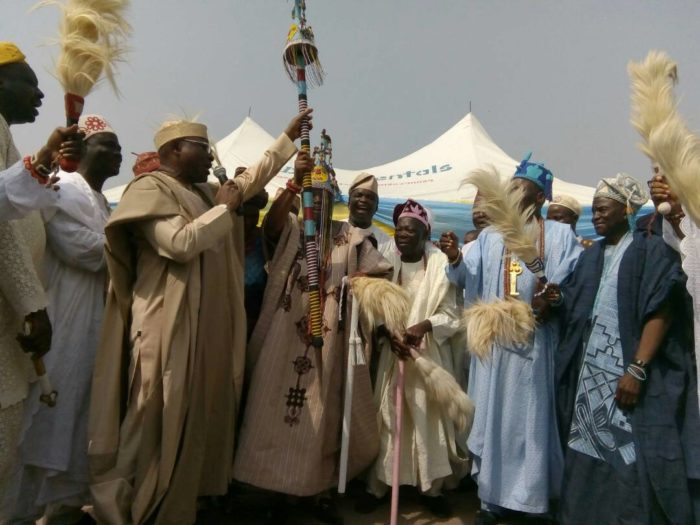 Lagos State Governor, Akinwunmi Ambode has warned youths in the state to shun all forms of cultism and hooliganism and embrace good habits.

The governor spoke at the weekend during the installation and presentation of staff of office to two traditional rulers in the state.

The governor, who was represented by the Commissioner for Local Government and Community Affairs, Muslim Folami said cultism and hooliganism were bad habits that no youth should emulate but avoid them in totality.

The governor also urged traditional rulers in the state to ensure they safeguard government properties within their domains and environs.

He appealed to the obas to join hands with the government in protecting government properties in their areas for the betterment of the society,

According to him, the government was bent on delivering the dividends of democracy to the people at the grassroots, which informed the reason why his administration was running an inclusive government to bring government nearer to the people.

Ambode said traditional rulers must be the harbinger of peace in their domains, adding that government had been doing a lot to empower the people through small and medium scale enterprises.

The governor also appealed to residents of Lagos to embrace the Cleaner Lagos Iniatiative, CLI in order to ensure a cleaner city and urged them to desist from dumping refuse in unapproved places.

Taking stock, Ambode disclosed that his administration, since inception, had installed 21 obas and 128 baales and chiefs while 12 obas were reclassified across the State.

Also speaking, Permanent Secretary, Ministry of Local Government and Community Affairs, Mr Fola Padonu said the installation of the new monarchs were in line with the registered declaration regulating the selection of the stool.

One of the traditional rulers, Oba Ogun-Oloko thanked the governor for elevating him to the status of oba and pledged to work with the current administration to move the state forward.