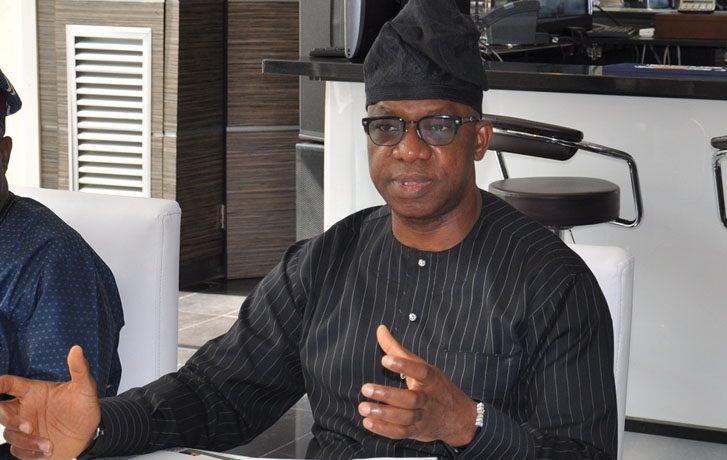 Ogun State Governor, Dapo Abiodun, has made a U-turn over his initial plan not to complete some abandoned projects initiated by his predecessor, Ibikunle Amosun, saying he will complete them.

Abiodun said this on Sunday during a post-inauguration thanksgiving service held at the Cathedral of the St. Peters Church, Ake, Abeokuta, the state capital.

The governor had said before he was sworn in that he would complete only projects that had direct benefits to the people.

But at the service, Abiodun explained that he decided not to abandon any of the ongoing projects which his predecessor  could not complete, due to the fact  that  taxpayers’ money had been spent on them.

He, however, said the cost of the projects could be reviewed.

Abiodun, who said he would run an all-inclusive government, assured the people that his administration would prioritise the reconstruction and repairs of rural, township and industrial roads.

The governor said he would also revamp the education sector after the proposed education summit that would hold soon.

Earlier, the Diocesan Bishop of Egba, Anglican Communion, Rt. Rev. Emmanuel Adekunle, while preaching at the thanksgiving service, advised  Abiodun not to treat his “fathers-in-politics” with disdain.

He warned the new governor to be wary of his political peers as they were likely to become a “thorn in the flesh” of his administration.

The clergyman said he would refrain from calling them godfathers, saying   “godfathers and fair-weather friends always see politics as business and as such, are unstable and flock the corridors of power when it is sweet and rosy.”

Citing the gospel of St. Luke, Chapter 14 in the holy Bible, Adekunle charged Abiodun to remain steadfast in his fellowship with God and put Him first in his administration’s agenda.

The clergyman, who said “it is only God that enthrones and dethrones leaders,” advised the governor to radically transform the state’s education sector.

While advocating for a return of mission schools to their original owners as well as building more classrooms, the bishop also enjoined Abiodun to prioritise technical education, teacher training and retraining as well as promotion of retirees’ welfare.

Meanwhile, Abiodun had promised to announce the official day for the payment of workers’ salaries on Monday (today).

Why you lack ability to run a political party, Oyegun schools Oshiomhole