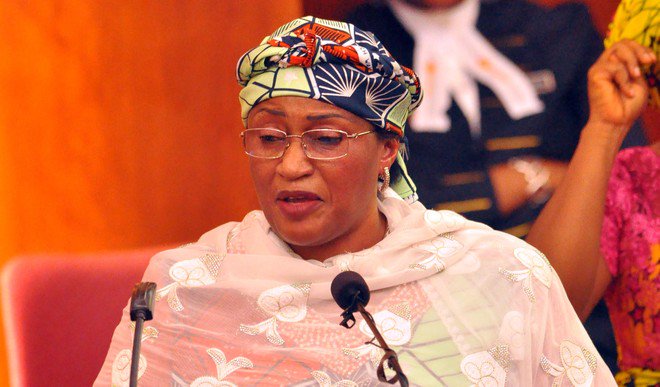 Speaking in an interview with the BBC Hausa,she said she does not mind losing her job for supporting him.
Atiku is my godfather even before I joined politics. And again, Baba Buhari did not tell us that he is going to run in 2019,” she said.

“Let me tell you today that if Baba said he is going to contest in 2019, I swear to Allah, I will go before him and kneel and tell him that ‘Baba I am grateful for the opportunity you gave me to serve your government as a minister but Baba just like you know I will support only Atiku because he is my godfather. If Atiku says he is going to contest“.

Her action sparked condemnation, particularly among supporters of the All Progressives Congress (APC).

“If because of what I said, I am sacked, it will not bother me because I believe in Allah, that my time has elapsed that is why… Baba is not a mad man like those calling for my sack. They have been sending it and spreading that if Baba sees this I will be sacked‎.”

Shina Peller’s Wife Warns A Guy Over Comment On Daughter