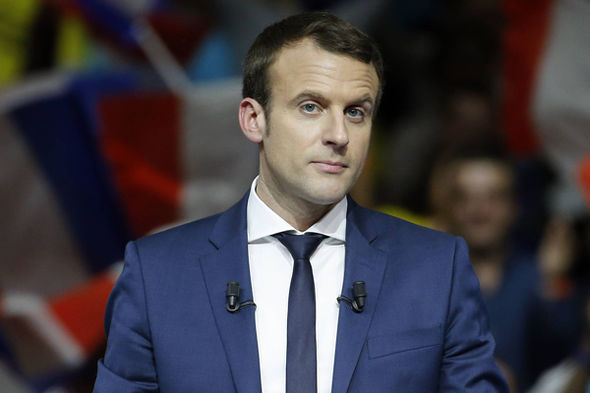 President Emmanuel Macron of France said on Tuesday that Bashar Al-Assad was the enemy of millions of his own people and in no position to lecture France, after the Syrian leader accused Paris of supporting terrorism.

After a string of strong comments by French officials blaming Assad’s government for atrocities and failed talks, Assad said on Monday France was supporting bloodshed in Syria, making it unfit to talk about peace settlements.

“France spearheaded support for terrorism and their hands are soaked in Syrian blood from the first days and we do not see they have changed their stance fundamentally,” Assad was quoted in state media as saying.

“Those who support terrorism have no right to talk about peace,” Assad added.

In spite of being a leading backer of the Syrian opposition, France has sought a more pragmatic approach to the conflict since the arrival of Macron, saying that Assad’s departure was not a pre-condition for talks to end the six-year war.

“The Syrian people have an enemy. There are millions of Syrians outside of Syria and they have an enemy who is Bashar al-Assad. That’s the reality.”

“On the military front we have a priority which is war against Daesh (Islamic State) and that’s why his (Assad‘s) statements are unacceptable because if there is someone that has fought and can defeat Daesh … it is the international coalition.”

France and other members of a U.S.-led coalition have launched air strikes against Islamic State targets.

Macron said on Monday he would push for peace talks involving all parties, including Assad, promising “initiatives” early in 2018, although it remains unclear how any French proposal would relate to existing United Nations’ efforts.

He criticised separate Russian talks in Astana with Iran and Turkey meant to reduce violence and possibly pave the way to Syrian talks in Sochi in 2018.

Those initiatives would fail, Macron said, because they did not include Assad’s opponents and were an attempt to impose a solution on Syrians.