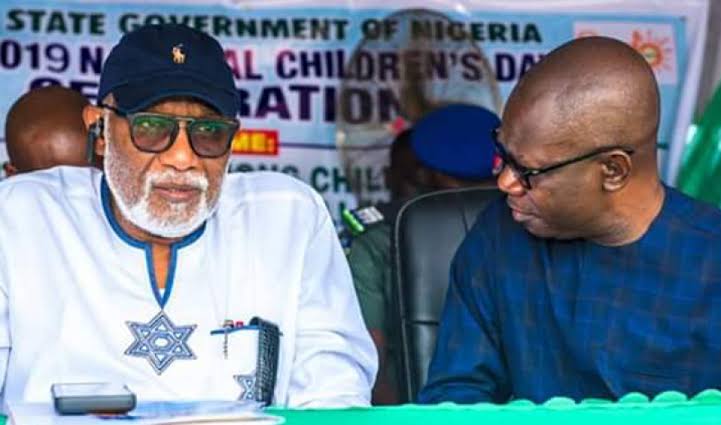 On Tuesday, Babajide Akeredolu, son of the Governor of Ondo State, threatened to sue the Deputy Governor of the state, Mr Agboola Ajayi, for mentioning his name in the alleged N4.3bn kept in a secret account by the previous administration, TopNaija reports.

Ajayi was alleged to have mentioned that Babajide received a commission of N433m from a N4.3bn found in the secret account.

Ajayi, who is the candidate of the Zenith Labour Party, was said to have made the statement during his campaign rally last Saturday, in Ore, Odigbo Local Government Area of the state.

Babajide on his twitter handle said, “My attention has been drawn to the spurious allegations made against me by Hon. Agboola Ajayi, the governorship candidate of the Zenith Labour Party during his campaign rally on the 19th of September, 2020 at Ore in Odigbo local government area.”

He said the claim was unsubstantiated and designed to malign him for political gain.

“I have instructed my lawyers to institute legal action against Hon. Agboola Ajayi to claim full damages for the harm the false and malicious statement he made has done to my reputation. He must prove this allegation in the court of law.”

The governor’s son said he would wait till the deputy governor get off his immunity before instituting the legal action against him.