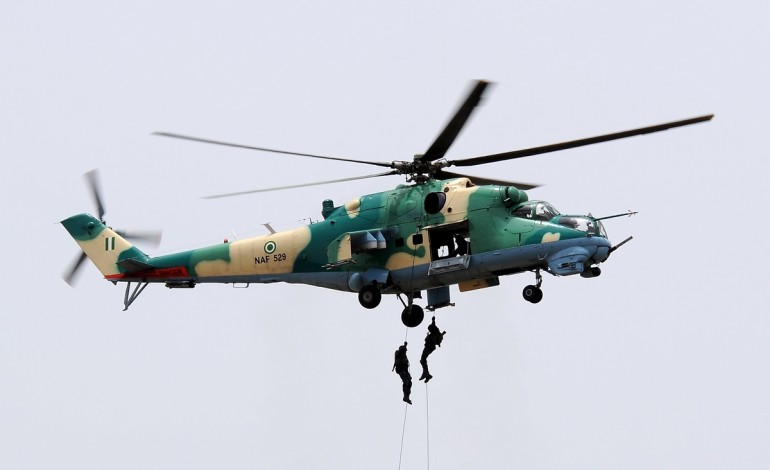 Herdsmen have fired at the Alpha Jet and the EC 135 Helicopter deployed by the military in the troubled communities of Numan and Demsa LGAs of Adamawa State.

This was in an attempt to resist the interventions by the Nigerian Air Force.

The herdsmen reportedly attempted to shoot down the fighter aircraft which was flown to fire “only warning shots” and not to kill any of the attackers.

A top air force official said that the herdsmen attempted to bring down the aircraft.

He said, “A lot of damage had been done in Numan already by the gunmen before the fighter aircraft moved in.

“We actually caught the gunmen doing more damage and they needed to be stopped.

“So, we fired warning shots ahead of them. They were with a vast number of cows and they moved the cows under a shed as they set more buildings in the area on fire.

“At some point, the gunmen actually started firing at our aircraft. There was a bridge on that way to Jalingo, Taraba State, where they finally ran to.

“The Alpha Jet was not asked to bomb them. It did not actually carry bombs. We were on an internal security operation and a fundamental principle of such operation was the use of minimum force.”

He said, “Our intervention was based on a request by the 3 Division, Nigerian Army. It was not a full deployment. We rather diverted our air assets from the bases in Maiduguri, Borno State, and Yola, Adamawa State.

“When our aircraft were called in, they sighted a large number of hoodlums. The hoodlums were dressed mostly in black. They were obviously causing mayhem.

“The whole idea was that the aircraft flew at low passage to cause the hoodlums to disperse.‎”