Wizkid, Davido squash beef as they hug it out at a night club in Lagos 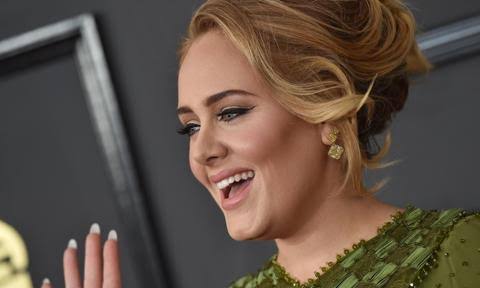 Adele, the multiple Grammy award-winning singer, has announced that her new album, 30, is set for release.

The ‘Hello’ singer made the announcement on her social media pages on Wednesday that the new album will be released on the 19th of November.

Last week, Adele had given a teaser of her Album’s lead single, Easy On Me, which is set for release on Friday.

In an interview with Vogue for its November issue, the 33 year old mother of one had hinted that her new album would explore her divorce from ex-husband, Simon Konecki, which happened in 2019.

“I was nowhere near where I’d hoped to be when I first started nearly three years ago. Quite the opposite actually”, she said.

She further described the new album as  a friend during her life’s most turbulent period.

“I’ve painstakingly rebuilt my house and my heart since then and this album narrates it. Home is where the heart is,” she concluded.

The new album promises to contain soul baring and tear-jerking tracks which Adele is popularly known for.

Related Topics:30AdeleNew album release
Up Next

Billionaire’s Daughter, DJ Cuppy says It Is Pleasant to Cry in a Ferrari Than on a Bicycle