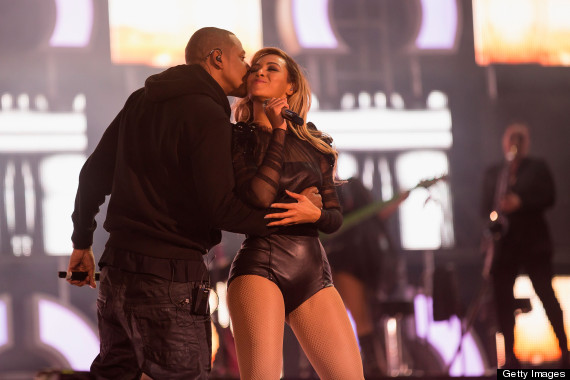 Superstar American Rapper Jay-Z hinted on the title track of his latest album, 4:44 that his marriage of 9 years to Beyoncé Knowles wasn’t totally built on 100 per cent truth.

He said that before now their relationship was cracking and it did not feel right to him.

Since 2013, the musician has been dogged by cheating rumors, which were only compounded by the news of his notorious 2014 #elevatorgate squabble with sister-in-law Solange after the Met Gala.

Beyoncé more than hinted at marital strife on her 2016 adultery-fueled visual album Lemonade. But the Grammy winner, 47, has never directly said that he cheated on her.

However, in a new interview with The New York Times Style Magazine, the hip hop legend offered a rare glimpse inside his private world with Beyoncé; admitting to past infidelity, revealing his state of mind leading up to the infamous transgression and sharing how the power couple pieced their relationship back together.

The Young Forever singer said that therapy kept them from getting divorced.

“You know, most people walk away, and like divorce rate is like 50 percent or something ’cause most people can’t see themselves.

The hardest thing is seeing pain on someone’s face that you caused, and then have to deal with yourself. So, you know, most people don’t want to do that. You don’t want to look inside yourself. And so you walk away.”

In my case, like, it’s deep. And then all the things happen from there: infidelity,’ he said.

Jay also talked about the scars he still has from his past and how he has faced them with the help of therapy.

“I grew so much from the experience, But I think the most important thing I got is that everything is connected.

You know, you realize that if someone’s racist toward you, it ain’t about you. ‘It’s about their upbringing and what happened to them, and how that led them to this point. You know, most bullies bully. It just happens. “Oh, you got bullied as a kid so you trying to bully me.” I understand.”

The rapper was not only apologetic in his song but says he was worried about how it affected their first child and wanted to make things right.

Today, Jay and Beyoncé are doing better than ever. Already parents to 5-year-old daughter Blue Ivy, and a set of twins Rumi and Sir, they welcomed in June.

An insider told PEOPLE this summer;

”It is not a secret that Beyoncé and Jay had huge problems a couple of years ago. It was obvious to everyone that spent time with them.

There was always tension in the air, but they both worked very hard to get to the place where they are now … They are very excited about adding babies to the family.

Jay was great during Beyoncé’s pregnancy and continues to be great. He loves being a dad and Beyoncé seems very happy.”

Mathematics Graduate Who Worked as a Bricklayer Shares His Success Story