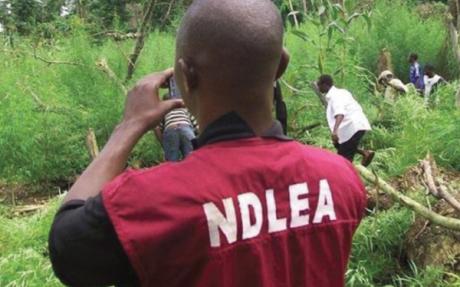 Two hundred and eighty drugs and drugs related suspects have been arrested in various locations in Cross River State while 31 suspects were convicted at the Federal High Court Calabar.

Hear him, “In our supply suppression efforts, three hectares of cannabis sativa farmland was discovered and destroyed at Balep forest, Ikom Local Government Area. As part of our drug demand reduction efforts a total of one hundred and ninety-four drug dependent persons were counseled; comprising one hundred and eighty males and fourteen females”.

“Our intelligence led investigation and diligent prosecution of cases, the Command secured thirty-one convictions at the Federal High Court, Calabar in respect of suspects with drug related offences”.

According to him, drug enlightenment lectures, sensitization and campaigns were carried out with the aim of educating the public on the inherent dangers of drug/substance abuse and the need to maintain healthy lifestyles devoid of drug use.

“We are not relenting in our efforts to ensure that we have a healthy drug free society and will continue to partner with stakeholders to achieve this. Drug problems and dependencies put a great deal of pressure on health care systems and constitute threat to the society and well-being of humans all around the globe”

“Long- term drug use has been linked to poor general health, contraction of diseases through needle sharing, trouble with the law, poor self hygiene and alienation from loved ones, psychological illness and death from overdose. There are many cases in which criminal or anti-social behavior occur when the person is under the influence of drugs”. He recalled

If you hate democracy, propose new system of government – Senator to Presidency