Widow cries to IGP over killing of her son
Advertisement 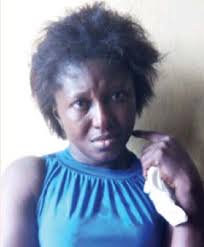 Uche Ajuru, a 40-year-old widow, has appealed to the Inspector-General of Police, Mohammed Adamu, to order the arrest of some policemen behind the sudden disappearance of his 23-year-old son, Happiness Ajuru.

Happiness, who hailed from Ndele, Emohua Local Government was arrested on September 28, 2016 by a team of disbanded Special Anti-Robbery Squad, who allegedly took him to Rumuji Police Station in the area.

It was gathered that the young man was on his way home that day before he was picked up by the SARS men.

Speaking with our correspondent in a telephone interview, Uche said her husband, George, died of frustration in January after the police refused to tell him the whereabouts of his son.

She said, “I have not been able to see my son, Happiness Ajuru, since he was arrested by SARS in Emohua in 2016. They arrested my son and took him to Rumuji Police Station in Emohua.

“The Inspector-General of Police should intervene in my matter and ensure that the cop and others who killed my son are arrested. The government should help me. I am now a widow because of what police did to me.’’

Responding to the development, the state Police Public Relations Officer, Nnamdi Omoni, said Uche should file a fresh complaint to the appropriate quarters, adding that with a fresh petition, there would be a fresh investigation into the matter.

Related Topics:Uche Ajuru
Up Next