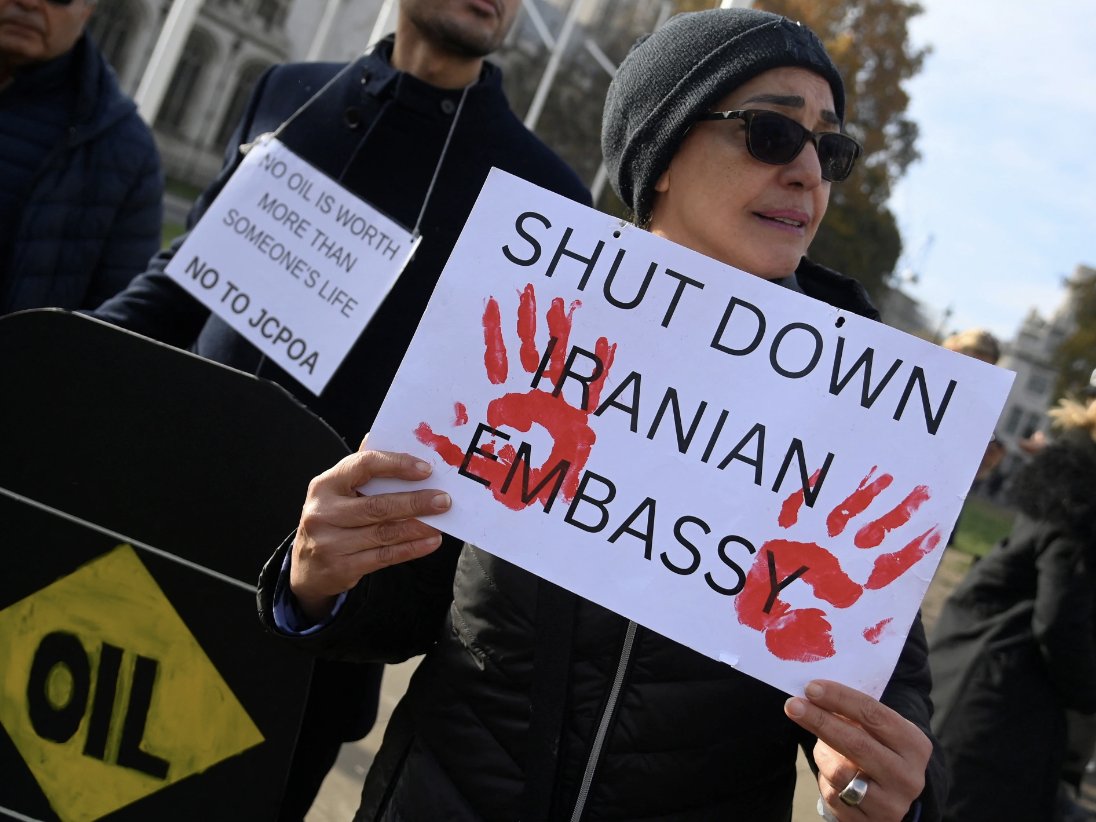 The US Department of the Treasury said in a statement on Wednesday that it was slapping sanctions on Iran’s Prosecutor General Mohammad Jafar Montazeri for his involvement in a protest-related execution, alongside several other figures and organisations the US accused of complicity in human rights abuses.

“The case of the first executed protestor, a young man named Mohsen Shekari, proceeded with little resemblance to a meaningful trial,” the Treasury said in a news release on Wednesday, adding that Montazeri had “issued a directive to courts to act ‘decisively’ and issue harsh sentences to many of those arrested during the ongoing protests.”

The US government has used a series of sanctions to step up pressure on the Iranian government, which has responded to protests throughout the country challenging Iran’s clerical regime with a repressive crackdown.

Iran has pushed back against criticism of its human rights record and accused the US of using double standards to score points against a country seen as a US rival.

According to human rights groups outside Iran, several hundred people have been killed since protests broke out in September following the death of the 22-year-old Kurdish woman Mahsa Amini, who died in police custody in September after being arrested by the country’s “morality police”.

The Iranian government carried out its second protest-related execution earlier this month, putting a man named Majidreza Rahnavard to death for allegedly killing two members of the security forces.

The announcement by the Treasury said that, in addition to Montazeri, several figures associated with military and paramilitary organisations would also be sanctioned, as well as a manufacturing company that provides Iranian security forces with riot gear.

“Today’s action targets the senior official overseeing the prosecution of protestors, as well as leaders of military and paramilitary organizations violently cracking down and detaining protestors and a company that procures and provides security forces with tools of suppression,” the release said.

The Imen Sanat Zaman Fara company has been designated by the US because it makes equipment used by Iran’s Law Enforcement Forces (LEF), a group that has been deployed by the government to suppress protests in areas where the government has been accused of some of its harshest alleged abuses.

Other sanctioned figures include Moslem Moein, who the Treasury said oversees online censorship efforts through the paramilitary “Basij Resistance Forces”, and Hossein Maroufi, the deputy coordinator of the Basij.

Earlier this month, Washington designated Ali Akbar Javidan, an LEF commander in the Iranian province of Kermanshah where LEF forces were accused of killing demonstrators. Another LEF commander in the city of Chabahar on the Gulf of Oman, Ebrahim Kouchakzaei, was also targeted.

The sanctions freeze any US-based assets held by individuals or organisations and generally prohibit people in the US from dealing with them.

The US has led an effort to pressure Iran on alleged human rights abuses, successfully pushing for Iran’s expulsion from the premiere women’s rights body at the United Nations earlier this month.

US Stands Stronger In Support For Ukraine