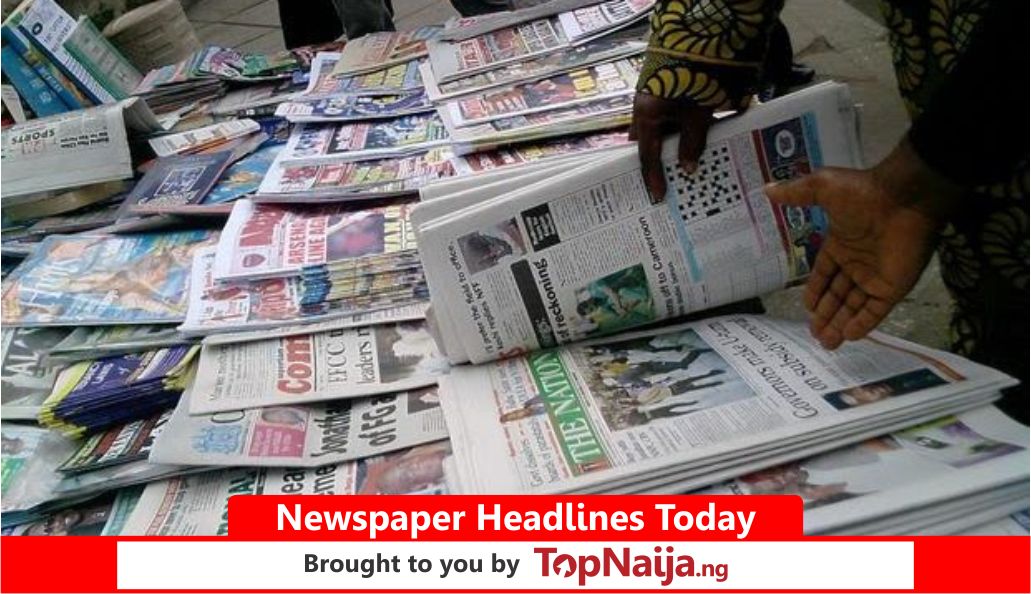 The approval was confirmed by the Minister of Defence, Mansur Dan-Ali, in a statement by his Public Relations Officer, Colonel Tukur Gusau.

2. The presidency has explained why President Muhammadu Buhari cancelled his scheduled trip to Niger Republic.

According to the presidency, Buhari, who was billed to attend the 59th proclamation of Republic of Niger ceremony in Tahoua, decided to shelve the trip because he felt satisfied that he had had useful discussions with President Mahamadou Issoufou in the course of the weekend meeting of the Economic Community of West African States in Abuja.

3. A court of appeal sitting in Abuja, on Monday, declared the seat for the Kogi East senatorial district vacant.

Delivering the judgement in a pre-election matter instituted before the appellant court, Justice Abdul Aboki, held that, the previous judgement of the court of appeal which brought Senator Attai Aidoko to the Senate was in error, hence its nullification.

4. Wife of foremost nationalist, Nnamdi Azikiwe, Prof. Uche Azikiwe, on Monday called for the unity of the country in honour of the memories of the nation’s founding fathers.

She noted that the late Azikiwe and his contemporaries like late Chief Obafemi Awolowo, Alhaji Ahmadu Bello and others, would “turn in their graves” if the country disintegrates.

Following the intervention of the Director of State Security Service, the Minister of Labour and Productivity, Chris Ngige and the Minister of State for Petroleum Resources, Ibe Kachikwu, the union has backed down.

6. Anambra State governor, Chief Willie Obiano has said that he will not contest the 2019 presidential election as earlier speculated.

He said the report that he would contest the election against President Muhammadu Buhari was speculative and far from the truth.

Osinbajo noted that the public sector earnings must be scrutinised, with a view to determining the right wages for workers.

8. Embattled Nigerian singer, Damini Ogulu, otherwise known as ‘Burna Boy’ who on Friday surrendered himself to the Lagos State Police Command over allegations of his involvement in a robbery attack on a fellow artiste, Mr 2kay has been arraigned before a Lagos High Court.

The singer was interrogated, detained and charged to court on Monday alongside four members of the gang earlier arrested and was granted bail.

10. The Indigenous People of Biafra, IPOB, has accused the President of Ohanaeze Ndigbo, Chief John Nwodo of destroying IPOB and its agitation.

It said that Ohanaeze is perpetuating the misery of Biafrans and taking IPOB’s demand for referendum as a call for war.