This is pathetic! PDP slams Buhari over failure to deliver inaugural address
Advertisement 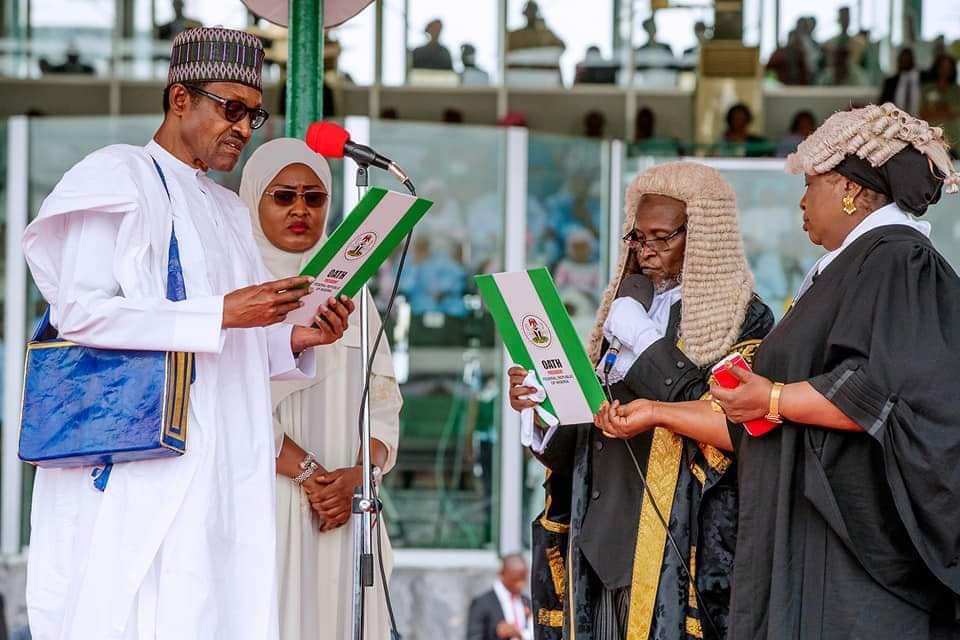 Buhari failed to deliver any speech after taking oath for another term on Wednesday.

In a statement, Kola Ologbondiyan, spokesman of the party, said Buhari’s action showed his “insensitivity and the level of derision” with which his handlers and party hold Nigerians.

The party said in failing to address Nigerians, Buhari turned the inauguration to a parody.

The major opposition party said the failure of Buhari and the ruling party to make any commitment at the ceremony reinforced the “truism that a product of flawed electoral process cannot serve the people or meet their aspirations under a constitutional democracy”.

“The poor attendance and passivity of the audience at the ceremony at a time that Nigerians were trooping, in their millions, to the inauguration of state governors elected on the platform of the PDP, manifestly show,” the statement read.

“It is indeed pathetic that at a ceremony such as presidential inauguration, where truly elected leaders address their people, make commitments and unfold their governance direction, President Buhari did not showcase his plans or commitment to the development of critical sectors of our polity.

“It also speaks volumes that President Buhari had nothing to say to the victims of mindless killings and acts of violence in various parts of our country.

“Moreover, he had no directions toward stemming the economic distress under his administration, for which Nigerians are now resorting to suicide and slavery mission abroad as options.”

Why I’m stepping down as Cross River governor – Ayade