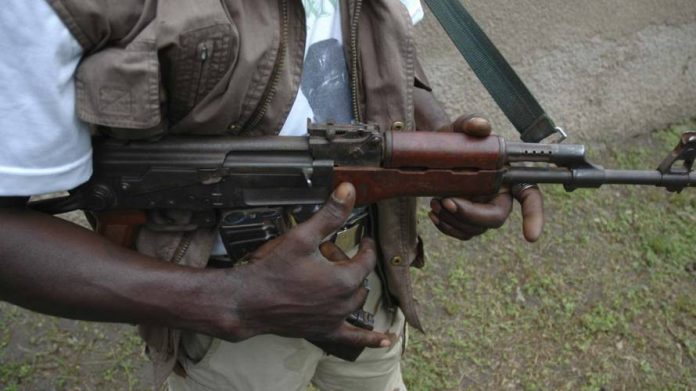 The gunmen were said to have shot their victim at close range after dispossessing her of her mobile phones and other valuables around the Edepie area of the state capital.

It was learnt that Miss Owei, the station’s correspondent attached to the Bayelsa Government House, was attacked at about 10.30 pm on Friday night while returning home from a church service organised by the Living Faith church tagged ‘Shiloh 2017’.

The hoodlums reportedly shot Owei at the back after collecting her phones and handbag, leaving her in a pool of her own blood.

Owei was said to have been rescued by the wife of a state correspondent of a national newspaper in Yenagoa, unaware that the victim was even a journalist known to her husband.

She eventually rushed the Miss Owei to Tobis Hospital where she was initially treated, a source said.

“She was driving home in the company of a lawyer friend when they saw a blood-soaked lady calling for help along Edepie road. They rushed her to Tobis hospital and eventually got home at about 11pm”, the source added.

Members of the Nigerian Union of Journalists (NUJ), after a visit to the State Government House hospital where she was later taken to, said the journalist remains in a critical condition and could not talk.

Spokesman of ‎the State Police Command, Asinim Butswat, confirmed the development and assured that investigation into the incident would commence immediately.