Use your power to stabilize West Africa – UN tells Buhari 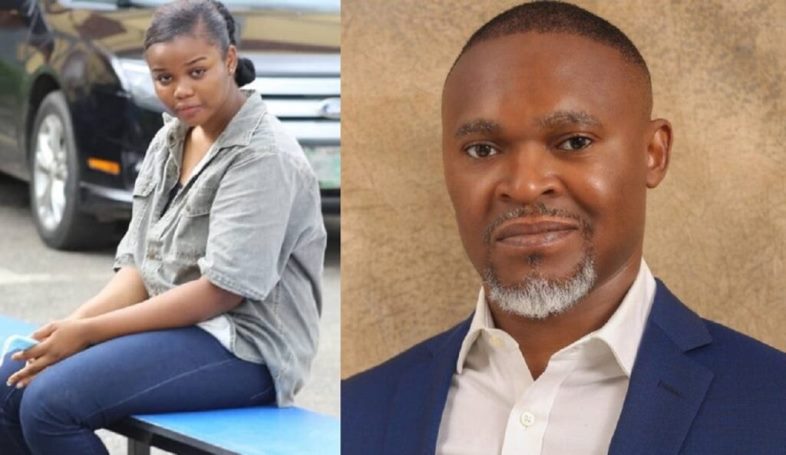 
The family of Super TV CEO, Usifo Ataga, who was allegedly killed by a 21-year-old undergraduate of the University of Lagos, Chidinma Ojukwu, has appealed to anyone with valuable information about his demise to approach the police and share such with them.

Chidinma Ojukwu and Usifo Ataga supposedly lodged in a service apartment in the Lekki area of Lagos State and the dead body of the latter was found in the room the next day after the lady had absconded.

The Police subsequently went after her and tracked her down to her father’s Alagomeji, Yaba, residence.

Following her arrest, Chidinma ascribed her action to the influence of hard drugs and alcohol.

The family stated in a statement by the deceased’s brother, Isi, that the story of Chindima did not add up and appealed to anyone with useful information on the incident to approach the police instead of hiding behind online posts.

He said, “A little over a week ago, unknown persons savagely killed our beloved son, Usifo Ataga. With no regard for him, or his family, who love him; they viciously ended his life. His children will grow up to read unkind and thoughtless words from thousands of people, who have joined the lynching party in the press and the blogosphere. Our ageing parents must now struggle to pick up the pieces amid a cacophony of misinformation propagated by strangers.

“A suspect has been arrested and paraded before the press. We, the Ataga family, are grateful to the Nigeria Police for pursuing this investigation. However, like you, we have many unanswered questions. Some things don’t add up.

“If you have any information, don’t hide behind online posts. Instead, come forward and share it with the police. Here’s what we do know. The more you add to the false information in the press and on social media, the harder it is for the police to do their work and fully solve this case. The harder it is for a grieving family to recover from the loss of their beloved son.

“We ask sincerely that you let us grieve this terrible loss with some privacy. This past week and a half has been the worst period of our lives.”

Also, the wife of the deceased, through her lawyer, also appealed to public members making untrue publications on the incident to stop or face lawsuits.

A statement by a Senior Advocate of Nigeria, Olusegun Jolaawo, on behalf of the family’s solicitor, Rickey Tarfa & Co, appealed to the police to conduct a thorough investigation to find out the truth about the incident.

The statement partly read, “We know that a suspect has been arrested and we know that investigation is continuing. Our client is, however, convinced that there is much more to this than is already apparent from the police investigation.

“It has become apparent that from the variety and inherent malice in most of the media publications, they are planted to embarrass and malign Usifo Ataga, Brenda Ataga and the family. The publications serve as a smokescreen to enable the perpetrators of this heinous crime to cover their tracks.

“Our client appreciates the efforts of the law enforcement agencies in their investigations thus far and will not descend into particulars with respect to any of the said false narratives so as not to inadvertently aid the perpetrators of the murder in covering their tracks.

“The family will not be intimidated by these bloggers’ activities and insist that the police be allowed to do their work. Our client hereby demands that the false publications and the several ordinarily unrelated stories and pictures of the late Usifo and Brenda Ataga be pulled down with immediate effect.

“Failing, our client shall take prompt and appropriate action to seek redress for the apparent instances of libel and slander as appropriate.”