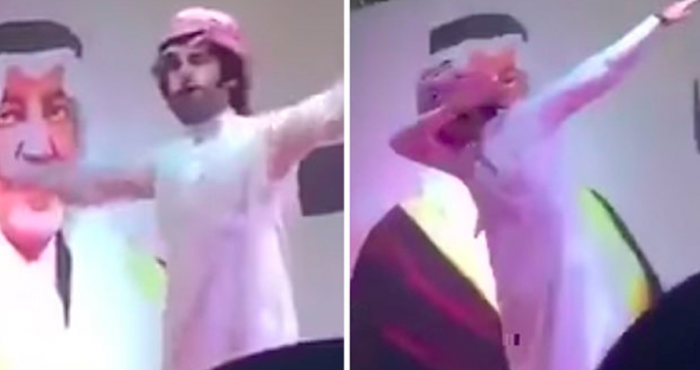 A singer and TV personality in Saudi Arabia has been detained by the authorities for “dabbing” during a concert, as reported by Okaz News.

Dabbing is a simple dance move or playful gesture, in which a person drops their head into the bent crook of a slanted arm while raising the opposite arm in a parallel direction but out straight;

The actor and singer Abdallah Al Shaharani took part in a music concert in the city of Ta’if where he pulled off the dance move.

In the now viral video, Abdallah puts down his microphone in order to encourage the audience to clap along. He then rolls his arms and performs the ‘dab’, while the audience cheers him on. A lot of artists, celebrities, and even athletes in countries around the world dab while expressing themselves.

However, the move is prohibited by the country’s anti-drug authority.

Saudi Arabia Ministry’s National Commission for Combating Drugs recently banned the move because they consider it to refer to marijuana use.

Abdallah Al Shaharani shared an apology for his behavior prior to his arrest on twitter.

I am most apologetic to our honorable government and my dear president for the spontaneous movement I made in the Ta’if Festival. Accept my apology.

His arrest has caused a controversy on social media as thousands of Saudi users debated whether he should face punishment or not.