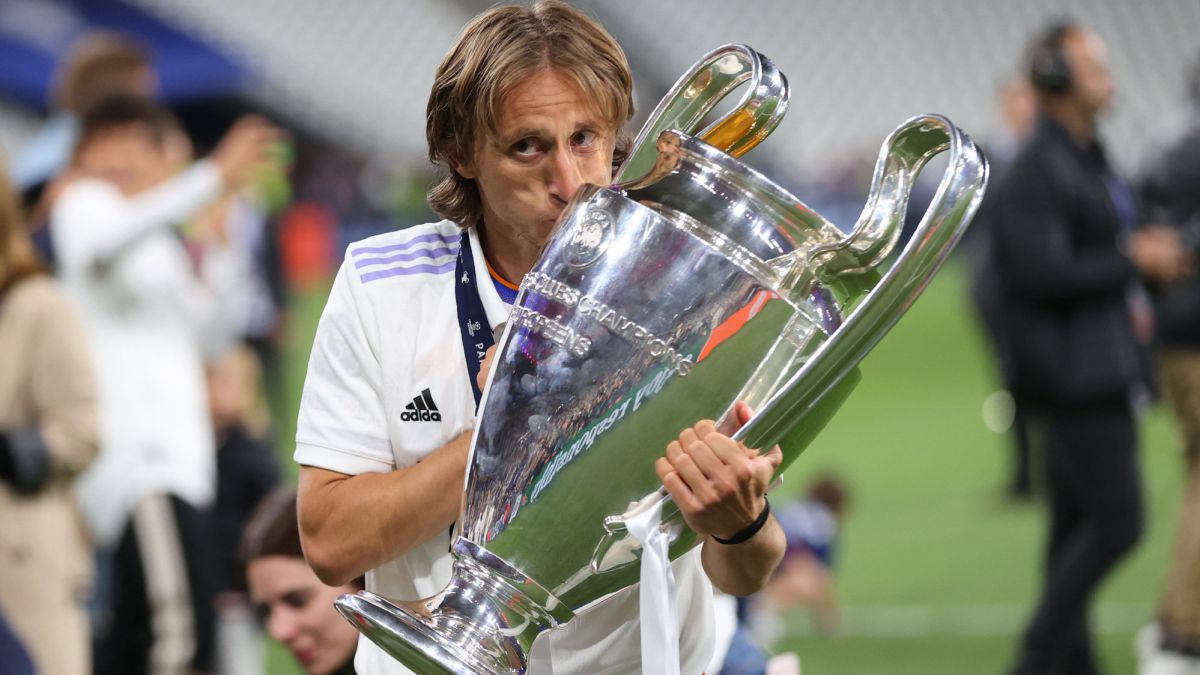 If Salah had a time machine, Luka Modric won’t be so savage to have the last laugh at him and Liverpool at a time of their misery.

The Champions League final loss was a deal breaker for Mohamed Salah.

He had planned all the piece, made the calculations not to let a repeat of Kyiv happen on the night.

But it did. Like Pep Guardiola shouted on the touchline in 2019 during Liverpool’s meeting against Manchester City at Anfield, twice-twice, it happened.

And now, Real Madrid player, Rodrygo has revealed the shit-housery that was Modric on the night of the Reds’ defeat.

He revealed that the Croatian during the lap of honor and medal presentation had walked up to Liverpool and specifically its star winger, Mohamed Salah.

Luka Modric proceeded to whisper to the Egyptian. It was what he told the dejected Salah that made the Real Madrid forward to laugh.

“When the game was over, the Real Madrid players made a runner.

“Liverpool was passing by, Salah was going through a little sad, head down. Modric looked at him and said: ‘Thank you, Salah, next time you try again.’ I started laughing.”

Obviously, this wasn’t any ordinary trolling or one unprovoked, the Egyptian had went on the media speaking of his crave for vengeance against the Los Blancos much to the chagrin of Toni Kroos and Karim Benzema who responded to the jibe.

Modric chose to do his on the pitch after Salah and Liverpool were neutralized.

Well, he who laughs last, they say laughs best, and certainly, Modric chose the perfect timing to react to the Egyptian. It’s more of the practice of rubbing salt on a freshly injured wound.

It doesn’t taste that good, and obviously, Salah got the feel of it.

Playing hard to get is old school- BBN’s Saga