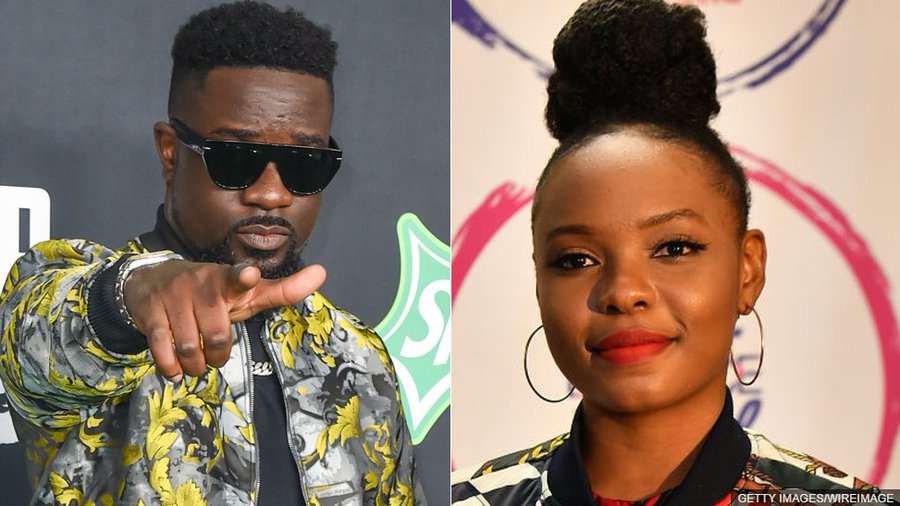 Sarkodie has started 2020 on a new note by deciding to apologize to Nigerian music star Yemi Alade, 3 years after they fell out.

Recall that Yemi Alade called out the Ghanaian superstar rapper for being unprofessional after he failed to show up for the music video of a song they collaborated on in 2017. In an interview with Starr Chat at that time, the Nigerian singer said;

“I’ve really tried my best to really not go into details but the long and short on why I don’t want to dwell on this is that is super unfair, unprofessional and unkind for international acts or even artistes to have a dealing with anybody and after agreeing to certain things, you don’t come through at all.

“I can count three different countries and three different venues where my team and I had an agreement with the artiste (Sarkodie) in particular and he didn’t come through.

“I don’t want to bring in the feminine and masculine inequality we’re experiencing in the industry and I don’t want to link it to that. I was pained as a person but I’ll say it is almost impossible to promote a project that is supposed to be for two people when the other party isn’t coming through at all, the music pretty much suffers.”

On Thursday February 6, Sarkodie however initiated the move to bury the hatchet after he publicly stated that he is sorry and also asked his fans to beg Yemi Alade to follow him on Twitter.

Ou just realized queen unfollowed me… SarkNation tell my sis to follow me back n I’m sorry. No need for no explanations it’s 2020 Link up, always proud of you

Yemi Alade acknowledged Sarkodie’s apology by sharing a tweet that came with emojis. See the tweet below;

A quick check also revealed that she is now following Sarkodie.