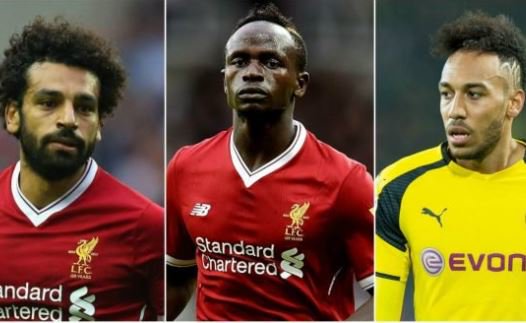 The Confederation of African Football (Caf) has announced its final shortlists for its 2018 awards. Mohamed Salah and Sadio Mane of Liverpool FC are joined by Borussia Dortmund striker Pierre-Emerick Aubameyang on the three-man list.

Egypt’s Salah has already won the 2017 BBC African Footballer of the Year award, while Gabon’s Aubameyang won the Caf award in 2015. Senegal’s Mane has been included in the Caf Team of the Year for 2015 and 2016.

The list was cut from 11 nominees that CAF announced in November.

Caf also released the shortlists for several of its other award categories, which will be handed out on January 4th in Accra, Ghana.

African Player of the Year:

Women’s Player of the Year:

Women’s National Team of the Year:

Coach of the Year:

National Team of the Year:

Club of the Year:

Youth Player of the Year:

10 Easy Ways to Overcome the constant desire to be perfect