Sad! How 20 people were burnt to death in Ondo accident
Advertisement 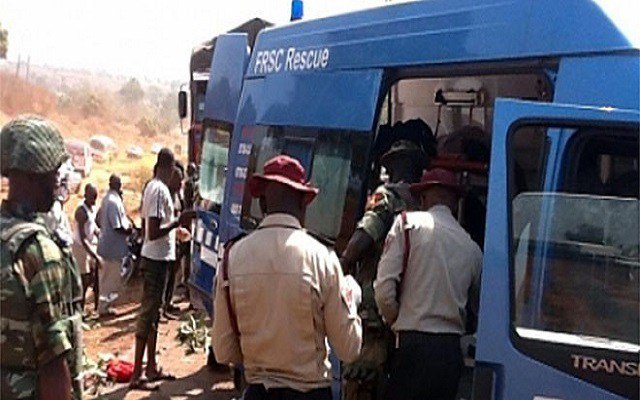 Yesterday, no fewer than 20 persons were roasted alive in an auto crash along Epinmi-Isua-Akoko Road in Akoko South-East Local Government Area of Ondo State.

Many others were also severely injured.

According to the eyewitness, “the accident occurred when the driver of the unregistered Tokunbo Range Rover Jeep, driven by a Military officer, overtook some vehicles along the Epinmi Road and rammed into the oncoming commercial bus.

“Two vehicles caught fire immediately after the collision, while most of the passengers in the commercial vehicle were trapped in the inferno.”

Officials of the Federal Road Safety Corps, FRSC, from Ikare Akoko unit, rushed to the scene and evacuated the corpses to Ikare-Akoko Specialist hospital mortuary.

Confirming the incident, spokesman of the state Police Command, Femi Joseph, attributed the crash to the reckless driving on the part of one of the drivers.

He added that “more death were recorded after the initial death toll of 20.”