Rivers court sentence 3 to death by hanging for kidnapping
Advertisement

Why Obaseki will face defeat on September 19 - Edo APC 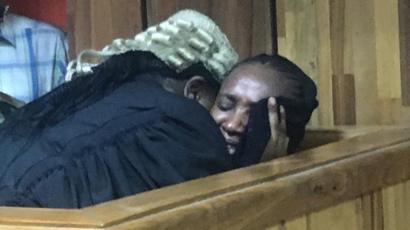 Federal High Court sitting in Port Harcourt has sentenced three persons to death for kidnapping and murder while two others were sent to life imprisonment, TopNaija reports.

The death row inmates – Kingsley Chuku, Uchendu Elindam and Obinna Chuku; and the lifers – Godknows Wokem, and Promise Jim – had been arraigned by the Department of State Services. Justice James Omotosho on Wednesday discharged and acquitted four other suspects in the matter.

The DSS had arrested the nine suspects in connection with the kidnap of a consultant with the University of Port Harcourt Teaching Hospital, Dr Alexander Akani, on June 29, 2017.

The suspects were said to have collected over a million naira ransom before they were nabbed by the DSS.

In the course of its investigation, the DSS found out that the suspects had in 2015 kidnapped and murdered one Deyspring Braide, a former administrator of the Asari-Toru Local Government Area.

The DSS had brought the suspects to court on six counts bordering on illegal possession of fire arm, kidnapping and murder.

The judge sentenced Kingsley, Elindam and Obinna to death, noting that such would serve as a deterrent to other criminals.

How radio presenter mysteriously died in church during childbirth