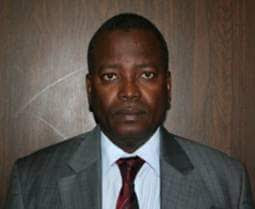 The High Court of the Federal Capital Territory in Apo, Abuja, has ordered that 86 luxury vehicles, together with four houses and a quarry plant in Abuja, belonging to a civil servant, Mr. Ibrahim Tumsah, be temporarily forfeited to the Federal Government.

The luxury vehicles were allegedly seized from Tumsah, a director in the federal Civil Service.

Tumsah is said to be the Director of Finance and Account in the Federal Ministry of Power, Works and Housing. The details…

All the 86 vehicles, 23 of which were said to be armoured, linked to him, were described by detectives as brand new.

The court’s forfeiture orders also affected four houses, two of which are located in Wuse II; one in Wuse Zone 7, and the other in Jabi, all in Abuja.

Also to be forfeited to government by the court’s orders, is a quarry in Kuje, Abuja, which was said to have been seized from Tumsah.

Eight containers, with household items, also seized from Tumsah, are affected by the court order.

The 86 vehicles, the landed assets and the other items were said to have been found on November 17, 2017, in a warehouse located on the premises of the house at 22 Igbani Street, Jabi, Abuja.

Court papers obtained by our correspondent on Wednesday showed that Justice Muawiyah Idris of the FCT High Court made the interim forfeiture orders on December 6, 2017.

The judge made the orders following an ex parte application filed on November 23, 2017, by the recently constituted Special Investigation Panel on the Recovery of Public Property on behalf of the Federal Government.

The panel is chaired by the Special Assistant to the President on Prosecutions, Chief Okoi Obono-Obla.

The judge granted the interim forfeiture order after the panel’s lawyer, Rimamsomte Ezekiel, argued the ex parte motion on December 6, 2017.

The court, in its ruling, granted the orders authorising the panel “to freeze” all the items listed in the schedule attached to the ex parte motion “pending full investigation on the serious criminal allegations that were brought against the respondents” – Tumsah and brother, Tijjani Tumsah.

But the judge also ordered that the panel’s ongoing investigation must be completed within three months.

The quarry, said to have been seized from the civil servant, was said to be located in Kuje.

Of the eight “containers” also allegedly seized from him, one was said to be empty, while the rest were said to have contained items like mattresses, cables, Honda Bike 4 Wheel, among others.

The Obono-Obla-led panel had alleged that Tumsah, from whom the multi-million naira assets were seized, was merely on a monthly salary of less than N500,000, yet acquired all the assets between 2016 and 2017.

Muhammed Kabiru, a police officer and a prosecutor seconded to the panel, informed the court in a supporting affidavit filed along with the ex parte motion, that the panel, earlier in the year, received a petition against Tumsah, who was accused of “official corruption and abuse of office.”

According to the panel’s investigators, Tumsah acquired the seized assets in the name of two of his companies registered with the Corporate Affairs Commission –Integrated Service Insurance Limited and Integrated Bureau De-Change Limited.

It was alleged that Tumsah used his brother, Tijjani Tumsah, as front, to act as the Chairman and Managing Director of the companies.

Both Tumsah and his brother were joined as respondents to the application marked M/873/17.

Alleging that the seized assets were proceeds of crime, the panel said both Tumsah and his brother, when invited for interrogation, could not explain or justify their sources of wealth and how they acquired the assets.

The investigator also alleged that both of them could not remember the number of bank accounts they were operating on behalf of their two companies.

He stated, “That the items listed above in our schedule were acquired in 2016 and 2017.

“The second defendant (Tumsah’s brother) is not into any business, and neither a retired civil servant in any office.

“That our investigation into this matter, when the respondents (Tumsah and his brother) visited our office, could not explain, and remember the number of their bank accounts which they are operating under the name of their two companies.

“That our investigation reveals that the first respondent, who is a civil servant and a director in the federal ministry, uses his office to acquire those vehicles, the houses, landed properties, those containers and the rest of those items listed in our schedule.

“That the first respondent and the second respondent could not explain or justify the sources of their wealth regarding how they came about those items in our schedule above.

“That our investigation reveals that those items in the schedule are proceeds of crimes, abuse of office and official corruption against the first respondent, Ibrahim Musa Tumsah.

“That those items in our schedule are exhibits which can be used against the respondents in their criminal prosecution in the court of law.

“That those vehicles from numbers 1 to 86 in our schedule are expensive in market value.

“That we need an interim order of this honourable court to keep those vehicles, the houses, containers and other items in their preserved position (the status quo) pending the completion of our investigation and to charge the respondents to the court of law.

“That our intelligence report shows that the respondents are trying to sell those houses, and some of the containers listed in the schedule.

“That our intelligence report also reveals that the respondents are trying to remove some of those vehicles in order to destroy our possible exhibits.

“That the respondents, some few days ago, came to the premises and threatened to sell some of those vehicles without our knowledge and consent.

“That hereby attached is the investigation report in this matter as our Exhibit SPP 1.

“That also attached is the list of those vehicles, the containers and Honda Bike 4 Wheel as Exhibit SPP2.

“That our investigation is still ongoing and is yet to be completed.”