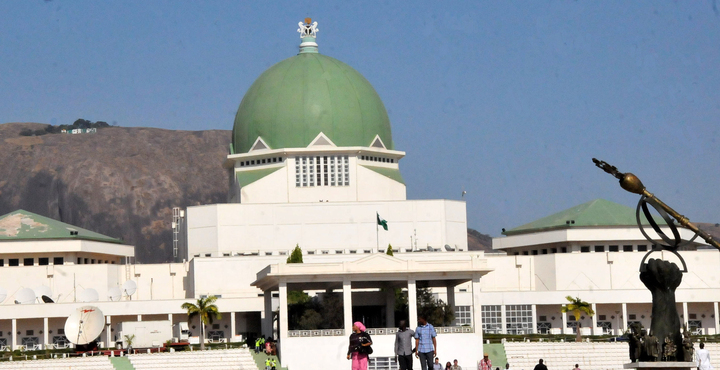 Yesterday, the House of Representatives Committee on Public Accounts in Abuja placed two officials of Bank of Agriculture in National Assembly custody for failure of the bank’s Managing Director, Mr Kabir Adamu to appear before it.

The staff that were detained are: Mr. Emmanuel Ameh, the Executive Director, Regional Banking, Bank of Agriculture and the company’s Legal Adviser, Mr Haruna Babaji.

Adamu was to appear before members of the Committee to respond to queries of alleged N10 billion financial impropriety from the office of the Auditor-General against his organisation in 2014 and 2015.

‎Earlier, Ameh told the committee that his MD left the National Assembly complex a few minutes before the hearing commenced to meet with some international development partners.

“My MD was here with us until he got a call from our office that officials from the World Bank, the African Development Bank and the Islamic Development Bank were around to discuss a loan the bank is seeking to obtain on behalf of the country”, Ameh said.

However, Chairman of the Committee, Rep. Kingsley Chinda (Rivers-PDP) expressed dissatisfaction with Ameh’s explanation, saying that the MD showed lack of respect for the parliament.

“He has shown lack of respect for the parliament on the basis of going to obtain loan from donor agencies which we don’t know if it will be used judiciously.

“Right here are some queries against the bank from the Auditor-General and he has not answered them, yet he is rushing to get more loans,’’ the lawmaker said.

Chinda directed the Sergeant-At-Arm, to keep the officials of the bank in its custody pending when the MD will appear before members of the committee to respond to the queries.

“Whenever he is done with the meeting, then he can come here and give us answers to these queries.

“We are patient for him to come, if he likes, let him come here by 10pm or tomorrow, we will keep you here till then so that you all can face the questions together.

“The Sergeant-At-Arm‎ should make them comfortable until the MD appears,’’ Chinda said.