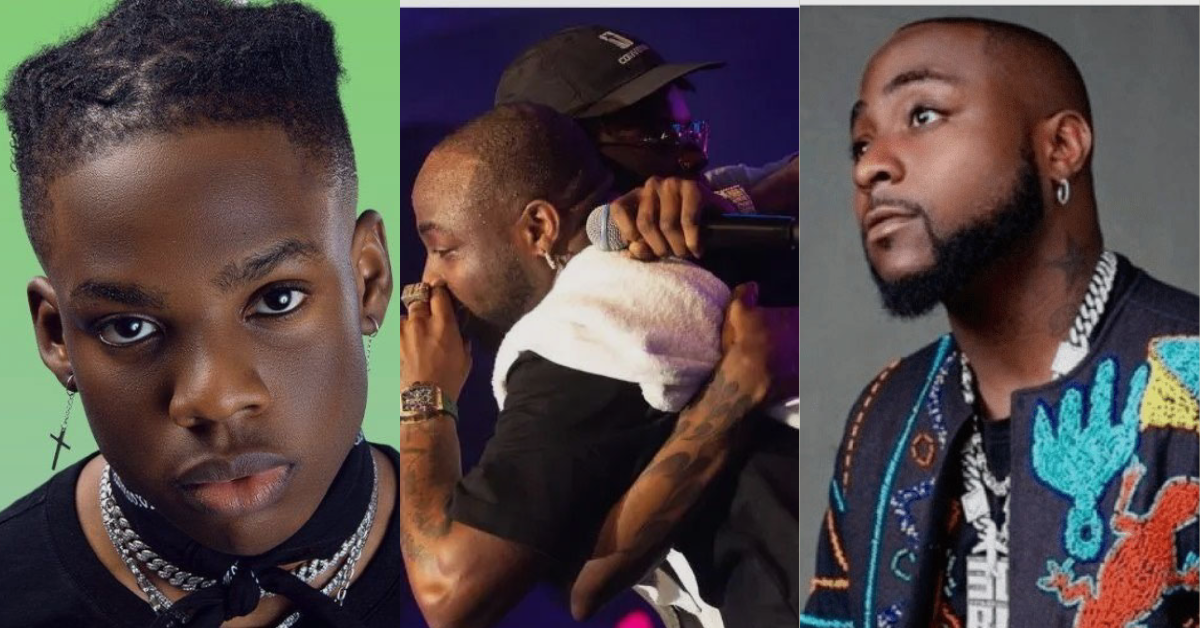 Nigerian singer, Rema has received caution from netizens over the birthday message he dropped for the bereaved singer, David Adeleke, aka Davido.

Netizens, some happen to be fans of the singer, Davido descended on Rema following the birthday message he sent to the music star.

Davido having turned 30 years today, November 21 has been celebrated by fans and colleagues around the country and beyond, despite his social media absence, owing to the demise of his first son, Ifeanyi Adeleke.

In line with this, youngster, Rema took to his official Twitter handle to tweet a short birthday note for the singer.

His note was, however, interpreted by Davido’s fans as disrespectful.

Sharing a photo of himself and the singer, he wrote:

Reacting, tweeps stormed the comment section to reprimand him for referring to Davido in such a manner.

One @Ejiro_OS wrote: “Divine, who be OG? No be small thing u take senior made?”

@otunbaseafood wrote: “You no they fear, na 001 you they call og abi? Davido no be your mate oo”

@Bkayus27 wrote: “Na Davido you dey call OG you no well…….This is Nigeria stop playing…. I be WIZKID FC but we know the truth…. David na King 🤴”

@ridwan04142780 wrote: “Davido na your mate everyone is type king some say boss you said OG you’re too rud this boy REMA”