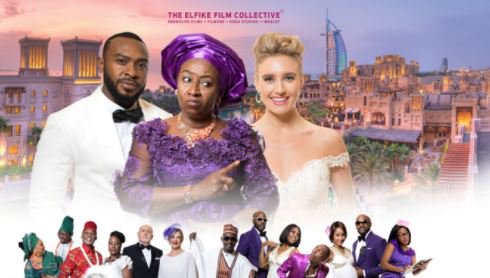 According to the producer, Mo Abudu, ‘The Wedding Party 2-Destination Dubai’ raked in N73 million on its opening weekend.

The sequel was released on Friday, December 15.

“What can I say, but thank you Lord. Thank you Nigeria. The Wedding Party 2: Destination Dubai now goes down as the highest opening weekend ever at the Nigerian box office for both Nollywood and international films,” she wrote.

“Last year we did N36m on #TWP1 for our opening weekend, now we have doubled that,this is evidence that Yes We Can and we have!

“Nigeria let’s continue to break this record together, to be the highest grossing film of all time, so that we can tell the world that we can.”

“Thank you Nigeria! Incredible, we have broken another record. The biggest opening day in the history of Nollywood! N20m day one of the box office. Last year we did N9.6m on our opening day,” she had said.

PHOTOS: Food, fun and games at 2017 Fiesta of Flavours