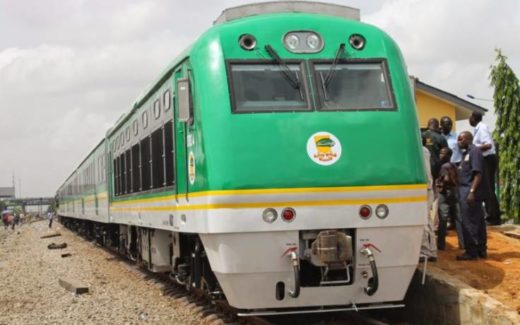 The Federal Executive Council (FEC), presided over by Vice-President Yemi Osinbajo, on Wednesday approved 500 million dollars for the purchase of coaches, wagons, locomotives for Lagos-Ibadan and Itakpe-Warri railways.

The Minister of Transportation, Mr Rotimi Ameachi, disclosed this when he briefed State House Correspondents on the outcome of the council’s meeting held at Council Chamber of the Presidential Villa, Abuja.

The minister dismissed the insinuation that railway projects were only being executed in the northern and south west parts of the country.

He disclosed that the Federal Government was sourcing for more funds to enable it execute railway projects across the country.

Ameachi, therefore, warned against politicising the railway projects as efforts were on to ensure equitable distribution of the projects among the 36 states of the federation and the Federal Capital Territory (FCT).

““Let’s think Nigeria. Why I said let’s think Nigeria is that the federal government has said we have no money but we are going to borrow to ensure that we get to all the state capitals and we are in the process of getting that loan.

““But we are getting pressure from all sides politicising the railway projects. Railway projects should not be politicised, it should be left as an economic driver. It drives even oil because if you import liquid cargo (of oil) we transport it by rail,’’ he added.

He revealed that the council also approved the rehabilitation of Ikorodu Lighter Terminal as well as the procurement of patrol boats for Nigerian Ports Authority (NPA) to provide security in the nation’s water ways.

Also speaking on the outcome of the meeting, Malam Garba Shehu, the Senior Special Assistant to the President on Media and Publicity, said the council also approved N2.67 billion to fortify security at University of Maiduguri.

He said that the amount would be used to fence the university and safeguard and secure it from possible attacks from outsiders.

The presidential aide disclosed that the council also approved a new draft bill tagged, “”Nigerian Minerals and Mining Bill 2017’’, saying that the bill would soon be forwarded to the National Assembly for approval.

Shehu revealed that the council approved the rehabilitation of Zaria-Funtua-Gusau-Sokoto-Birnin Kebbi road.

Related Topics:Locomotives For Railway Projects Approved
Up Next