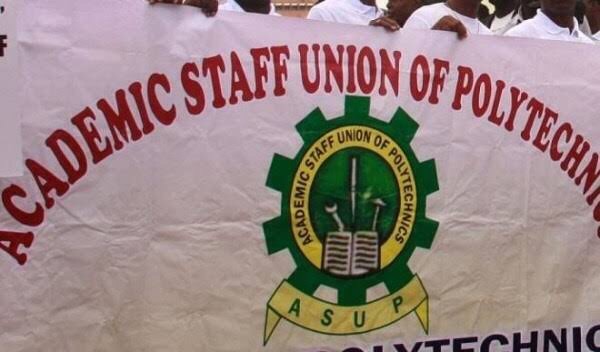 The Academic Staff Union of Polytechnics (ASUP) has suspended its planned nationwide strike because of the coronavirus pandemic in the country.

The ASUP President, Mr Anderson Ezeibe, in a statement in Abuja on Sunday, recalled that the industrial action was decided after the 97th National Executive Council meeting of the union, adding, however, that the strike would not begin due to the “unacceptable rate of the spread of the dreaded COVID-19 pandemic across the nation and the union’s overriding need to arrest the growing spread of this scourge.”

ASUP noted that the nationwide industrial action was necessitated by the shortcomings in the February 2020 salaries of its members based on the Integrated Payroll and Personnel Information System as well as the inability of the Federal Government to keep to agreements reached with the union since 2010.

Ezeibe, said, “As a consequence of the inability of the government to keep to agreements entered into with our union since 2010 as well as the avoidable shortcomings associated with the payment of February 2020 salaries in federal polytechnics in the country, our union’s 97th National Executive Council meeting had resolved to embark on an industrial action after the expiration of a 15-day ultimatum issued with effect from March 18, 2020. The ultimatum expired on April 3, 2020.

“However, our union is concerned about the prevailing but unacceptable rate of the spread of the dreaded COVID-19 pandemic across the nation. Moved by the need to collectively arrest the growing spread of this scourge in our nation, the union has resolved to put on hold its proposed industrial action in the overriding national interest to resume.

“We encourage our members nationwide to play complementary roles to the extent of the deployment of their professional competencies as well as participating in safe community action efforts in the fight against the COVID-19 pandemic.”