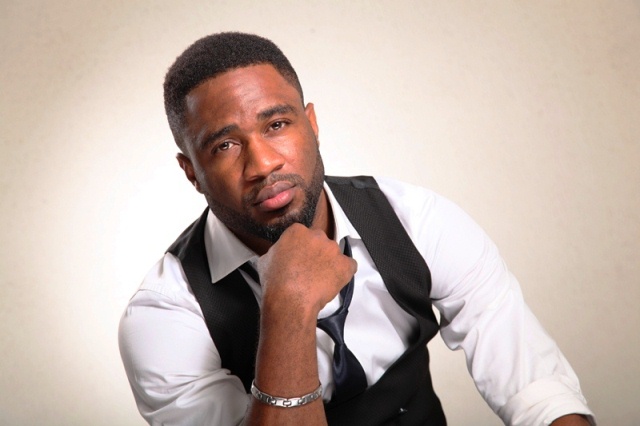 The harassment allegation made by Nigerian artiste, Praise Adejo (Praiz), against men of the Special Anti-Robbery Squad, has attracted the wrath of the Lagos State Police Command.

The police said the singer’s claim was an attempt at “cheap social media blackmail,” describing his conduct during the incident as rude and disrespectful of men in uniform.

In the heat of the #EndSARS campaign, the social media had been agog with the news of the arrest and alleged harassment of the ‘Rich and Famous’ crooner.

Earlier on, Praiz’s manager, Wale Bello, had said that some police operatives had thought that the artiste was a Yahoo boy (Internet fraudster) while he was going for an occasion.

He had said the victim, who was spotted with a beard, wore a face cap and a gold chain, was in an Uber cab en route to Eleko Beach, Ajah, when the car passed by the policemen who were on patrol on the Lekki-Epe Expressway.

He said the operatives became suspicious of the artiste, whom they did not immediately recognise, adding that they gave the cab a chase.

After catching up with the Uber cab, the policemen allegedly cocked their guns and threatened to shoot Praiz.

Bello had said, “Since Praiz was playing with his phone before the incident and he was not expecting anyone to chase him with guns, he simply began to record the scene. He asked the policemen to identify themselves if they were men of the Special Anti-Robbery Squad or conventional policemen. Then one of the policemen began to yell, ‘He is even recording us, he is one of them.’ He said Praiz was being mischievous and he was being used by enemies of the Nigeria police to discredit them.

“At that point, Praiz introduced himself as an artiste. One of them recognised him, but the other two insisted that they must take him to the police station.  While they were taking him to the police station, he called us. I was at the beach already and it was from there we started making calls. When he got to the station, they seized his iPhone 7.

“By the time we got there, a police officer, Aley Giwa, had already sorted the issue. There was also another senior police officer, Etim Godwin, who was very courteous to us at the Ajah Police Station. After he heard what transpired, he told Praiz to sign a document and leave, but the three officers that took him to the police station were obviously angry that he was set free. They were very bitter and said that they should have been allowed to teach Praiz a lesson.”

Praiz, who also confirmed the encounter on his Instagram page, had called for a reform of the Force.

“I still stand by my opinion which is popular among the youths and more #EndSARS. Today, I learnt that the police force needs comprehensive reform and sensitisation,” he had said.

But the state Police Public Relations Officer, SP Chike Oti, said Praiz and his manager were not truthful.

Oti, in a statement on Monday, said those who arrested the artiste were conventional policemen and not SARS operatives.

He said, “On December 19, 2017, at 12pm, policemen attached to Area ‘J’ Command Headquarters, Ajah, Lagos, who were on routine anti-crime patrol along the Lekki/Epe Expressway, noticed a car on top speed approaching their end.

“The policemen sensed that the speed was much and were alarmed, hence they flagged down the car.

“When the car stopped, the officers, who were in their uniforms, approached the driver. But to their disbelief, the driver, who was yet to be addressed by the policemen became hysterical without provocation and started shouting, ‘SARS, SARS, SARS ooo’. As he was shouting and pouring unprintable invective on the officers of the law, he was at the same time filming them.

“These unprovoked actions on the part of the driver, whose true identity at that time was unknown to the patrol men, made them to be even more suspicious of him and so they requested him to come with them to see the Area Commander, ACP Felix Oben, whom they had already called to report the conduct of the man to.

“It was at the area commander’s office that they got to know that he is a musician that goes by the name Praiz. The area commander questioned him and advised him to be of good behaviour. He, thereafter, departed the police station peacefully without any molestation whatsoever.”

Oti said the command felt “scandalised by Praiz’s rudeness” to the policemen who were trying to ensure law, order and safety on the road.

He noted that the state Commissioner of Police, Edgal Imohimi, would have dismissed the policemen if they erred, adding that the cops were only performing their duties when they ran into the artiste.

“It is also instructive to note that the officers are not SARS operatives as erroneously assumed by Praiz, but conventional policemen in their uniforms serving at Area ‘J’ Command Headquarters.

“The Lagos State Police Command wishes to inform residents that the present Commissioner of Police, Edgal Imohimi, had on assumption of office set up the Citizens Complaint Centre with dedicated lines where complaints against police actions can be lodged for necessary actions. Celebrities are, therefore, advised to take advantage of these numbers or call the Police Public Relations Officer instead of resorting to cheap social media blackmail,” he added