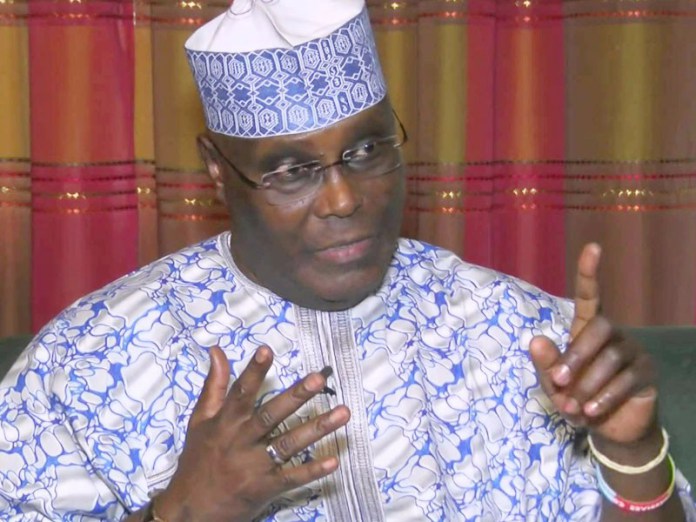 Sometime we are exasperated by the internal politics of the Peoples Democratic Party that we forget that there will be no way to simply ask PDP to shake off the stench.

That PDP’s convention was riven by disagreements over “unity list” shouldn’t be a surprise, the architects of power in the grand old party have lived by swords and stones since the party formation. The remnants are carcasses putting on sinews for a comeback.

Let’s look back in history. Since August 1998, when it was registered, the PDP has produced 13 national chairmen and they have all emerged through horse-trading.

The chairmen have equally lost their bones to party dogs with their carcasses eaten by party vultures once party hawks think they need to abdicate the throne.

The party chairmen have spent between one to two years in office on the average. From Dr. Alex Ekwueme who served as first protem national chairman of the party for about three months to Uche Secondus, the current national chairman, PDP’s conventions have been a show of chaos and confusions.

Interestingly, of the nine men who started the process that birthed the PDP, only Dr. Iyorcha Ayu and Prof. Jerry Gana are still actively involved in PDP’s internal politics. The other members of the G9 that metamorphosed into G18 and G34 respectively are Chief Solomon Lar, Senator Francis Ellah, Alhaji Abubakar Rimi, Chief Bola Ige, Alhaji Sule Lamido and Mallam Adamu Ciroma.

True, the PDP has tried to reform, but it has been difficult because president’s interest has always been above party interest.

In fact, the current Minister for Agriculture and Rural Development, Chief Audu Ogbeh, as a PDP chairman during President Olusegun Obasanjo’s regime was cast in the mold of a renegade when he attempted a reform. We all read their open letters on the pages of newspapers. In a “we do not have too much time to waste,” letter, Ogbeh called out Obasanjo, questioning his integrity on party matters.

Of course, Obasanjo himself, a battle-ready politician, didn’t waste time in a December 12, 2004 response to describe Ogbeh as a pretentious man skillful in “hide and seek games.” At the end, Ogbeh was forced out.

So the frosty fight in PDP started with the party and will certainly not end. It appears to be a political strategy in politics where the strong silence the weak.

The recent revelations in a memoir by the DNC chairwoman, Donna Brazile, that the 2016 Democratic primary was “rigged,” because the DNC was fully under the control of Hillary’s campaign is one example.

But how will a bet on Atiku take PDP back to power? My simple response is: no idea. But I know that PDP needs more than an Atiku to retake power. The math is simple. The APC as an opposition party won the hearts and minds of the people through uncovering of PDP’s malfeasance. Those who wanted APC to take over power did what crooked corporations do. They planted moles inside government to pilfer sensitive documents and act as whistleblowers. It worked.

The government of Jonathan was unseated, because the information sufficiently dominated conversation till election time. For instance, the alleged $20 billion corruption at the NNPC won’t just go away, though the inaccuracy of the figure. The APC stayed on message as an opposition party, pushing the message until it stuck.

Now, the PDP needs to show Nigerians what this government is doing wrong, going after malfeasance that cannot be denied and making it known to the public. There’s so much shrouded in secrecy under this government just like any other in our democratic history, but there’s a momentus. The inability of the present government to arrest the former head of Presidential Task Force on Pension Reforms, Abdulrasheed Maina since the scandal of his backdoor return to government broke is a sign. Here’s the rub: anytime a government is silent on an accused person who has been part of that government there’s much more in silence. Can PDP find a navigator in Maina to open the seal on what is being covered by the APC?

In most cases, opposition party thrives on a combination of approach to take power. I know sensation is one of such and that is where the touted possible presidential flagbearer of the PDP, former Vice-President Atiku Abubakar needs to go.

Really, to take PDP back to power Atiku needs to create some kind of upsets like MKO Abiola did when he got the ticket of the Social Democratic Party (SDP) to contest presidential election in 1993. What kind of upsets did Abiola caused? Abiola forced the price of commodities such as staple foods to go down.

For instance the price of bread, milk and others went down and everything changed without MKO in government yet. He had his name written on foodstuffs on sales in the market at ridiculously lower prices. Can Atiku make this happen? Surely it is one way to turn the tables for the PDP in 2019. With pervasive hunger and low purchasing power across the country, an upset in the price of staple foods with lower prices everywhere, is a game changer.

Clearly Atiku has a very narrow needle to thread and he needs to build his campaign to produce result. He must make the campaign a dead-heat for Buhari with clear-cut and implementable policy programmes, if he must take PDP back to power. There is still an unexpectedly large percentage of Nigerians who are on the fringe looking at the turn of the clock. Can PDP really bet on Atiku to take it back to power? I cannot make that bet yet.