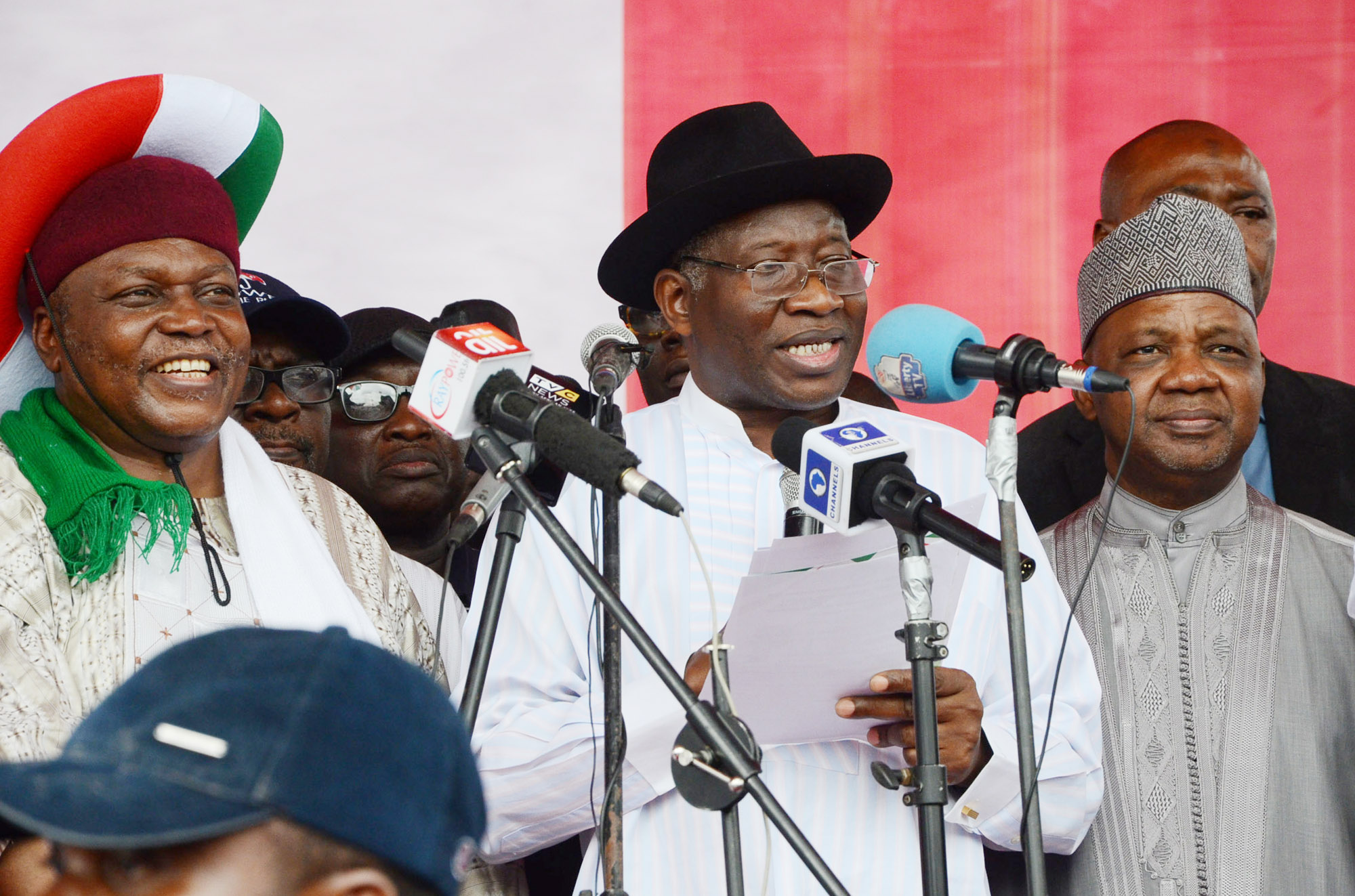 Former President Goodluck Jonathan on Saturday in Abuja announced that the Peoples Democratic Party (PDP) had returned from limbo and will reclaim power in 2019.

Jonathan made this known in his address at the party’s special national convention.

He said that the party’s achievements while in power would rekindle the confidence of the electorate to vote it back in power in the 2019 general elections.

“The party is indeed back to reclaim its prime position as the party to lead Nigeria to greatness. As a human institution, we cannot claim to be perfect and as a political party, our accomplishments up to 2015 are clear for every Nigerian to see,’’ he said.

Jonathan said the achievements of the party while in power is evidence that PDP is a party of vision and accomplishments.

Highlighting achievements of the party, he said that elections conducted from 2011 by the government controlled by PDP met globally-accepted standard.

“We succeeded in doing that because of the leverage and the autonomy we gave to the Independent National Electoral Commission (INEC). PDP is a party that wants to place Nigeria in a position to compete favourably with other countries,’’ he said.

On the economy, the former president said that PDP provided focused leadership through institutional and sectoral reforms which impacted positively on the country, especially in the last four years of our tenure.

“We tamed inflation at a single digit, maintained price stability, and drove the economy to become the largest in Africa. We also made Nigeria to be the number one foreign direct investment destination in the continent,’’ he said.

According to him, in 2012, PDP ensured that prices of food remained stable in spite of flood which affected 50 per cent of farmlands along the flood plains of river Niger and Benue.

Jonathan said that the country was able to regain its goodwill internationally because PDP pursued programmes and policies that were not only rewarding but were copied by other countries across the globe.

The introduction of electronic wallet checked corrupt practices in the distribution of fertilizer and enabled farmers to get fertilizer like all other agro inputs.

In the same vein, the YouWin programme empowered a crop of young Nigerians to go into entrepreneurship and in turn employed others,’’ he said.

Jonathan said that though his administration did not block all the loopholes, it came up with strong innovations to fight corruption.

According to him, we introduced the Bank Verification Number (BVN) and the Treasury Single Account (TSA) which has helped to reduce corruption.

“Government is run by policies, the creative thinking, brains in the executive council and in the civil servants were harnessed to get to where we are. If elected in 2019, PDP will fight poverty and ensure that food prices are reduced,’’ he added.

He urged Nigerians to partner with the party to restore good life in the country.

Related Topics:2019 electionJonathanPDPPower
Up Next