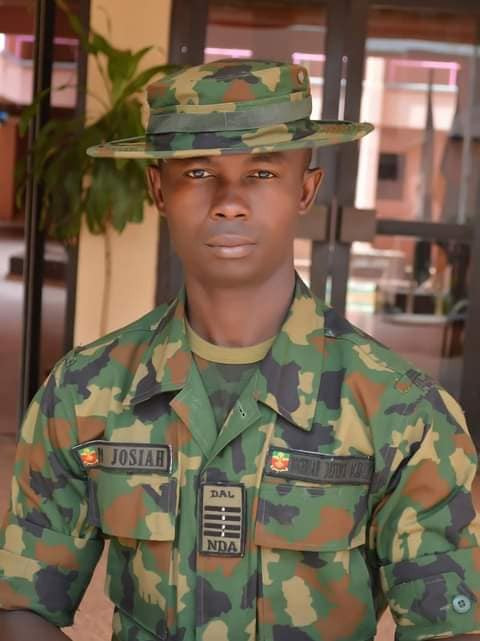 TopNaija gathered that A lieutenant of the Nigerian Army, Josiah Peter and two other persons were reportedly killed in a clash between the men of Nigeria Customs Service (NCS) and some smugglers in Igbo-Ora town, Oyo state.

It was gathered that the clash happened between Customs personnel from Federal Operations Unit (FOU), Zone A, and smugglers on Friday, November 20.

Spokesman of the Oyo State Police Command, SP Olugbemiga Fadeyi, who confirmed the death of the soldier, said police has commenced investigations into the clash which led to the death of a lieutenant of Army as a result of gunshots he sustained.

Public Relations Officer of NCS in Oyo/Osun command, Kayode Wey, who confirmed the incident, said that he was not aware if anyone died during the clash.

“Yes sir, I am aware. I have heard about the story from somebody as well. I also heard from somebody. So, I can’t give confirmation about anything. You heard it the way I heard it. Even, a journalist has called me about this incident. And they said the same thing. I also don’t know, I dont have any information. I cannot say anything concerning that matter, because, I don’t have any official statement on that.” he stated.

Meanwhile, friends of the deceased soldier have taken to Facebook to mourn him. A former coursemate, Lucky Prince wrote;

“Hey hey i can’t believe this Joe my man Joe my coursemate Joe my brother ahh how can i forget how we sweat it out in akaso And God remembered u and elevate u above your mates..now you are no more. You are gone…God knows the best Go well my brother…till that last day. RIP”

See photos from the clash as posted by some residents of the community.