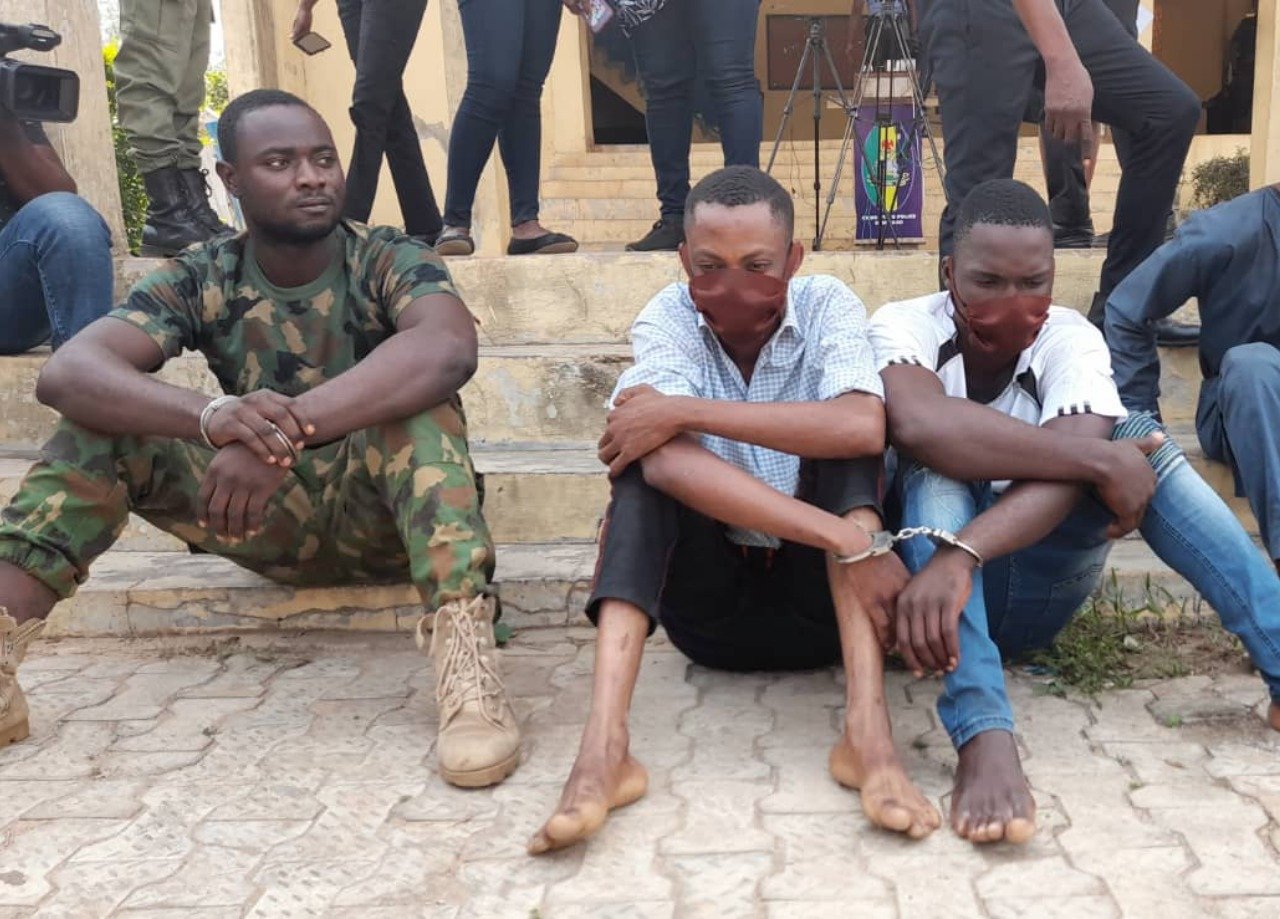 TopNaija reports that a newly-recruited Police Constable, as well as a serving soldier, has been arrested over their alleged involvement in armed robbery in Ondo State.

With the Police Constable, David Friday, attached to Olofin Police Station in Idanre Local Government Area of the state, the soldier, Innocent Victor was said to be serving with the 32 Artillery Brigade, Nigeria Army, Akure, the Ondo State capital, Innocent Victor has been nabbed for armed robbery in Ondo State.

The two uniform men were said to have attacked their victims with dangerous weapons after which they robbed them of their valuables.

The suspects were said to have committed the crime at Ojadale junction, Idanre, headquarters of Idanre Local Government Area of the state.

According to the Commissioner of Police in the state, Bolaji Salami, the suspects were arrested with N6,000, one Itel phone valued at N8,500, 30 litres of petrol and N125,000 stolen from their victims.

While parading the suspects at the police headquarters in the state, Salami said David had earlier stolen an exhibit motorcycle at his duty post.

“He was being tried for that motorcycle theft when he was caught conspiring with a soldier to rob some people with a dagger.

Meanwhile, the soldier denied involvement in the allegation, saying he stepped back at the scene of the incident.

According to Victor, he was held for being on illegal duty, while David also denied robbing anyone.