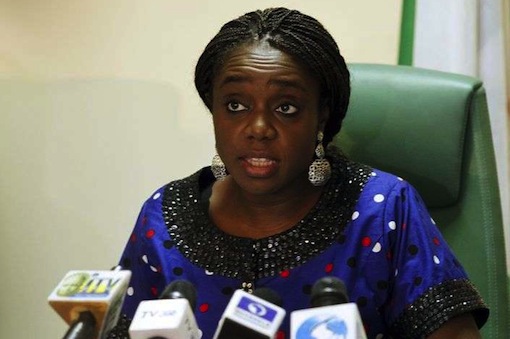 The Federal Government on Monday said it released N1.2 trillion to Ministries, Departments and Agencies (MDAs) of government for implementation of capital projects contained in the 2017 budget.

The Minister of Finance, Mrs Kemi Adeosun, gave the figure during a meeting with a delegation of investors from France in Abuja.

Adeosun told the delegation, made up of 30 companies from France, that government had previously released N450 billion for capital projects, and with additional N750 billion, a total of N1.2 trillion would have invested in infrastructure in the country.

She also told the delegation, who expressed readiness to invest in key sectors of the Nigerian economy, that “what the government is doing is to provide enabling infrastructure that will bring potential into reality.

The Head of the French delegation, Mr Philippe Labonne, said the investors had indicated interest in key sectors of the economy such as banking, infrastructure, renewable energy, agriculture and youth empowerment.

He described the Nigerian economic environment as encouraging, following the recent stability in the country’s foreign exchange market.

To achieve their investment objective, Labonne said, most of the French companies would form strategic partnerships with their Nigerian counterparts.

He said “we are here to assess the investment environment in Nigeria to enable us to take advantage of the opportunities.

“We have about 30 companies in this delegation in sectors such as infrastructure, services, agriculture and banking and the purpose of this meeting is to identify key sectors where we can invest.

“We are interested in many areas such as energy, agriculture, services, especially toward youths and we will identify other areas subsequently.”

Before the meeting with Adeosun, the delegation had earlier met with Ms Yewande Sadiku, the Executive Secretary, Nigerian Investment Promotion Commission.

Sadiku had told them that Nigeria remained a top destination of capital inflows in the African continent.

She said “Nigeria is strategically located in Africa to serve the needs of many countries as regional hub to the continent.

“We have a compelling population that provides the market which means that Nigeria can serve as manufacturing hub for investors.”

She expressed delight over the interest of the investors in Nigeria, noting that
France was one of the many countries that Nigeria was targeting in its investment strategy.

On investment inflows, Sadiku said France appeared as number 10 on the chart and represented about N1 billion of the capital inflows into Nigeria.