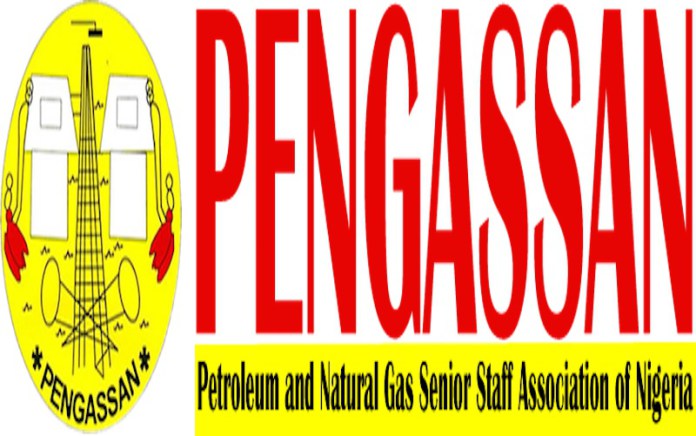 A Senior Advocate of Nigeria (SAN) and counsel to Neconde Energy Limited, Mr. Uchechukwu Val Obi, has written to the Petroleum and Natural Gas Senior Staff Association of Nigeria (PENGASSAN), faulting the seven-day ultimatum given by the oil workers to the federal government to direct the company to recall its sacked staff or risk industrial action.

The learned counsel argued that PENGASAN’s ultimatum to the federal government was made in bad faith and with a view to overreaching the pending proceedings at the National Industrial Court.

He recalled that in the suit number: NICN/LA/268/2017 between Neconde Energy Limited and Anor. vs. PENGASSAN and Ors, the presiding judge, Hon. Justice O. A. Obaseki-Osaghae, had on June 5, 2017, made an order “that none of the parties should take any action that will lead to break down of law and order pending the hearing and determination of the motion on notice.”

In a letter dated December 8, 2017, and addressed to Francis Johnson, Lumumba I. Okugbara and Abel Agar – President, General Secretary and Zonal Chairman, respectively, Obi, who is the Managing Partner of Alliance Law Firm, reminded the union leaders that disputes involving Neconde and its staff members affiliated to PENGASSAN had received the best consideration of Neconde leading to a binding communiqué signed between Neconde and PENGASSAN in May 2017.

The senior lawyer also informed the PENGASSAN leadership that Neconde had fully complied with the terms of the communique.

He drew the attention of the union leaders to their letter of December 7, 2017, addressed to “All NEC Members” of PENGASAN in which the union gave a seven-day ultimatum to the federal government and its relevant agencies of the association’s intention to embark on a nationwide strike effective December 18, 2017, if they fail to direct Neconde to recall its sacked staff.

Obi reminded the union that the right of Neconde, as an employer of labour to hire and fire personnel is within its legal rights as aptly pronounced by the “Supreme Court in the case of Chukwumah vs. Shell Petroleum Development Corporation (1993) 4 NWLR (Pt. 289) where the apex court held that an employer has the right to terminate its employee’s employment for good reason, bad reason or no reason at all.”

According to Neconde’s counsel, this prerogative of the management was expressly preserved in the communiqué aforesaid, adding that Neconde has made it clear that it properly disengaged the affected staff and paid due entitlements.

“When PENGASSAN and some of its members had continued to issue fresh threats despite its execution of the communiqué, Neconde had instituted a case at the National Industrial Court, namely Suit No. NICN/LA/268/2017 between Neconde Energy Limited and Anor. vs. PENGASSAN and Ors seeking declaratory and injunctive reliefs et al,” Obi said.

He also noted that on June 5, 2017, the National Industrial Court presided over by the Hon. Justice O. A. Obaseki-Osaghae upon hearing an application made orders that “All parties to maintain the status quo ante bellum”; and “that none of the Parties should take any action that will lead to break down in law and order pending the hearing and determination of the Motion on Notice. This Order has been served on PENGASSAN and it remains extant, binding, subsisting and enforceable to date”.

Neconde’s counsel also argued that PENGASAN’s ultimatum to the federal government and its relevant agencies to direct or prevail on Neconde to accede to its request to recall the sacked staff is made in bad faith and with a view to overreaching the pending proceedings.

The senior lawyer also described the threat by PENGASSAN to embark on a nationwide strike as an action that is capable of leading to a break down in law and order, which was expressly restrained by the binding order of the court.

“Under a democratic setting, the Courts should be allowed to hear and determine parties’ conflicts and it must be seen as an affront to the court’s constitutional powers for any litigant to resort to self-help or embark on acts capable of intimidating or undermining the constitutional adjudicatory powers of the court. Neconde therefore views PENGASSAN’s ultimatum as a contempt of Court and would be taking necessary steps against PENGASSAN and its leadership seemingly behind this action,” Obi explained.

According to him, the present ultimatum of PENGASSAN threatening a “nationwide strike” should the executive fail to interfere in a pending judicial proceeding exposes the weakness and ineptitude of the current PENGASSAN leadership who have resorted to unorthodox and undemocratic antics to trade unionism.

“Ordinarily, a trade union such as PENGASSAN should be a firm adherent to the tenets of the rule of law. Neconde remains committed to a lawful mode of dispute resolution and is willing to continue its engagement with PENGASSAN and any other stakeholders within standard, lawful and conventional parameters but would not relinquish its legal and inherent rights as an employer, as presently sought by a self-seeking leadership of PENGASSAN or at all,” he added.

The law firm called for the “understanding and intervention of the larger PENGASSAN membership, relevant agencies of the federal government, other stakeholders and concerned members of the public to prevail on the leadership of PENGASSAN not to unleash unnecessary and avoidable hardship on the country by embarking on the threatened nationwide strike, but to explore the rules of engagement or await the outcome of the pending litigation.”