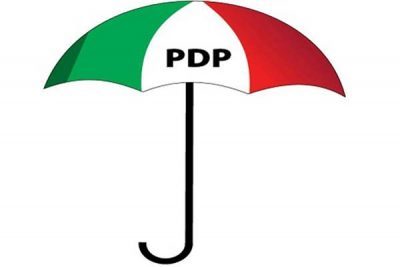 The Reconciliation Committee of Peoples Democratic Party (PDP) has assured members and leaders that all issues and grievances associated with Saturday’s national convention of the party would be addressed.

Chairman of the committee and Governor of Bayelsa, Mr Seriake Dickson, gave the assurance on Monday night in Abuja while briefing newsmen after a meeting of the committee.

He said that though the convention was successful, the party believed that in such a big exercise there must be concerns to be addressed.

Dickson assured that the committee would not rest on its oars until the issues were addressed.

“We have already established contact with those who are dissatisfied or for one reason or the other have some issues and grievances which is normal in an exercise such as this.

“It is not our business in this committee to apportion blame; our focus is to promote reconciliation because all party leaders and members are important. Their concerns are also very important.

“Where there are grievances, it is the view of this committee that those grievances be looked into and addressed where possible,” he said.

Dickson disclosed that the committee had contacted concerned leaders, especially chairmanship candidates at the convention and others who were dissatisfied or had concerns with the event.

He added that the committee would immediately commence reconciliation visits to all the aggrieved persons with a view to resolving the grievances.

“Generally, we are pleased with the outcome of the convention.

“But, we have established contact already with those who are dissatisfied or for one reason or the other have some issues and grievances.

“We want to confirm to you the effort we have made in establishing contact with the chairmanship aspirants, and indeed, we intend to interact with all other aspirants who purchased form, and those who actually contested.

“It is our intention to engage and interact with them to find out what the challenges and issues are with a view to promote amicable solutions and better understanding within PDP family.

“We are pleased to announce that our contact with all the chairmanship candidates was very positive. We were well received,” he said.

The chairman added that in a couple of days and weeks, people will begin to see a lot of activities in that regard.

He said that the committee was at liberty to co-opt other party leaders whose input would be helpful in achieving the intended reconciliation.

Dickson said that the committee had the necessary support and encouragement of the newly-elected national executive of the party.

He urged all members and leaders of the party to be cautious of their statements, “particularly on this matter, at this time’’.

“We don’t want a situation where comments that are provocative are made by party members, especially party leaders.

They can inflame passion and be misunderstood to convey unintended meanings.

“So, our appeal to all party members is to exercise caution, refrain and above all, show respect to one another because at the end, we are all members of the same family and same citizens of Nigeria.

“We want to assure all our members that their concerns and grievances would be looked into by this committee,” he said.

He, however, called on party members who had left to return “now that the party has put its house in order.
“Our umbrella is big enough to accommodate everybody irrespective of their religious beliefs and status’’.