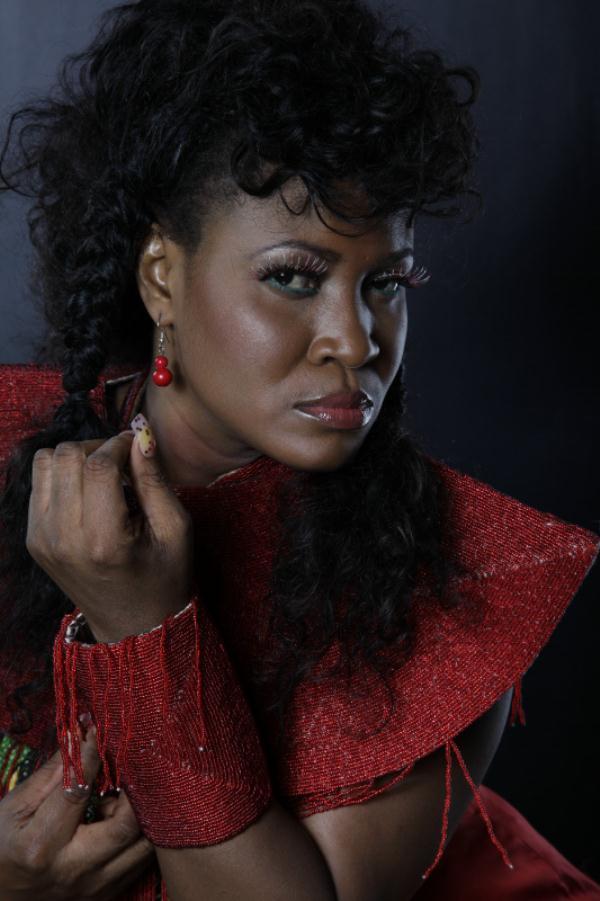 Earlier in the year, Singer Muma Gee’s marriage to her popular actor husband, Prince Eke, came crashing with Eke accusing the artiste of infidelity and abandoning her children amongst other issues.

In an exclusive interview with PUNCH, Muma Gee finally opened up on what transpired between the former couple.

“It is exactly one year ago that I separated from my ex- husband. But then, he gave the impression that the issue happened in December 2016.  I put in my best as an African woman to ensure the marriage lasted. Because of his antecedent, I had almost called off my wedding. I had already done the traditional marriage. The sign that I saw then would have made me to call it off. I didn’t go ahead to do a court wedding after the church wedding. This is just the singular reason.

I saw what was coming. But I tried for six years to make it work. I gave up my career; I gave up all I had built over the years to become a full time housewife. It is enough sacrifice for somebody to say thank you. If I weren’t a good, submissive housewife, you would have long heard the story. It’s quite unfortunate that he decided to carry out a campaign of calumny against such a person that gave up her career just to build a home with him in the sight of man and God. If knees could peel based on prayers, mine would have had sores because I prayed ceaselessly for my marriage to work. I thank God I am not barren. God gave me three kids,” she said

About the accusation that she abandoned her 3 children, she had this to say;

Why would anybody think that after carrying a baby in my womb, I would leave a two-month old baby and run away?  A woman who just had a baby, scientifically, has not healed enough to mess around. If you just have a baby and your pocket money has run out and nobody is providing for you, then you have to do what you can with your talent in order for you not to starve.

With the pain of childbirth, when he could not provide for me and the children during the early months of nursing, I had to get up and go for a show that was booked for me by an events company. I just wanted to put food on my table for my children. My mother was there, I had two other helps. It was a one day show. I went and I came back. But the person who said I abandoned the baby had left us two months earlier! Yes, he had left the house like six times before the last one. The last one, I said I had tried. I told God to let His will be done.

On allegations of infidelity by Prince Eke, she said;

He said I was seen with men, who are the men? Where is the proof? I am a high chief. Why would you come out and lie against somebody who has been kind to you? There is nemesis for all of this. I knew there was a victim he wanted to impress. Last May, I got a call from a woman who told me that she and my ex were supposed to get married but he had run away to the US.

The lady said she was sorry that she got involved with him. That was not the first time but the fourth time somebody who was married to me would propose to four different women during my marriage. Come on! You don’t know half of what I have gone through. I only leave it to God.

When I had my twins, a woman based in America called Gina sent me a friend request on Facebook and I accepted. Then she sent me her naked pictures and my ex in bed. My ex had proposed to this same woman on a Valentine’s Day and April of that year, I was delivered of a set of twins and the pictures went viral.

This lady ran mad and looked for me on FB. The street I live in Port Harcourt is named after me. This woman told me that a girl on that street gave birth to a child for my husband. She sent me the picture of the baby. I had heard that he had slept with most of the actresses in Nollywood especially the up and coming ones. But I didn’t care. I wanted to keep my home.

I had been in pains all through the years I was married. He had an affair with the DCO of the police station in the area we lived in Port Harcourt. Two of them used to wear the same attire to attend police functions. Everybody felt the policewoman was the wife of my ex. This DCO is even a married woman.

There was a day he came home and said he was done with our marriage. He went to the drawer where we kept the wedding certificate and he tore it to pieces. I still have the pieces packed in a nylon bag. He and this police woman planned to take my kids from me. This was April 2015. He packed my kids’ clothes into a box and he and the woman took my kids to the motherless babies’ home.

Later in the evening, I got a call from the orphanage saying they needed my approval for them to accept my kids at the motherless babies’ home. I screamed! Later on, a policeman brought my kids back home. Just recently, another woman called me that she had spent $7000 dollars on my ex. She saw my children’s picture on my ex’s DP and she went mad. I told her that I wished her luck.

She also gave details about suffering domestic violence in her marriage:

“I would have still forgiven him as I always forgave him each time he walked out of the marriage and came back after a couple of months. But this last time, he held my neck tightly and said he was going to kill me. I was holding my two-month-old baby. He gave me a dirty slap and the baby was thrown out of my hand and the baby’s head hit the bed. It wasn’t the first time he would grab my neck and torment me.

He had beaten me a couple of times. But the last beating came with, ‘you are finished!’ he said he was done with me. Shortly before I gave birth, I had sold one of my lands. He gave me N100, 000 and said as I was going to the village; I should buy sand and concrete for the house he was building in the village. But I finished the money I got from selling my land on his building in the village.

I loaned him N500, 000 and when trouble started and I needed money to feed the kids, I asked him for the money. That was when he beat me, held my neck and said he was going to kill me and that I was finished. When he released me, I told him he was not God and that I was not finished. He packed out of the house and checked into a hotel.

Once in a while, he would call the house help and tell her to dress the children and he would take them out and then he would send one of his girlfriends to bring back the kids. It was after this incident that I had to look for an agent and I begged her to book shows for me so that hunger would not kill me and my children since he had stopped taking care of us,” she said.

See the rest of the interview here

Muma Gee said she had no regrets in putting her carrier on hold, adding that she is currently executing plans to building a new brand for herself.

DJ Timmy unrepentant about nasty comments made to Akpororo