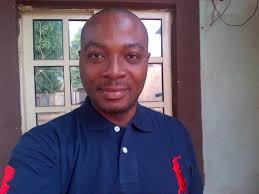 Tordue Henry Salem, a young and bright Nigerian journalist, who has been missing since 13 October has been found dead in Abuja, his newspaper reported.

On the day he vanished, Salem, Salem was covering the House of Representatives for the Vanguard newspaper, closed for work and took a cab at Total filling station, close to the Force headquarters, and headed for B.J’s Garden, in the company of a female relative.

Thereafter, he reportedly flagged a cab for the lady who left before him, informing her that he was going to Area 8, Garki.

But he was never seen until his remains were recovered on Thursday night.

An alarm on his mysterious disappearance was raised the next day, from where the matter was directed to the Intelligence Response Team , IRT on October 16, 2021.

Some arrests were reportedly made. Among them was that of a man who was picked for attempting to extort Salem’s family.

Meanwhile, Salem’s Facebook page has been flooded with melancholic tributes by his colleagues and friends.

His sister Elizabeth Jessica expressed anger that the authorities let Salem down.

“Tordue Salem the country you loved so much and believed in refused to investigate your missing until the enemy killed you”, she wrote.

Steve Pine condoled with her, writing: “It is very unfortunate! A lot of questions are begging for answers indeed but time shall tell. There is nothing hidden under the moon, sun and stars.

“There is also a price for every sin, thus his killers must suffer the consequences of killing him in one way or another in due course. Our God is a God of vengeance. May his gentle soul rest in perfect peace”.

“Tordue Salem 😫😡😡😡😡💔😭 whoever has a hand in your death shall never know peace.My first lady Elizabeth Jessica it’s time to look up to God hang your faith and trust in him,” wrote Babatunde Abdulazeez from Lagos.

Shimsenge Emmanuel said: Jerusalem my happy home,
When shall I come to thee? When shall my sorrows have an end?
Thy joys when shall I see? May heaven welcome your soul and have a favourable judgement before the throne of grace brother.

For Amande Msughter Solomon, an aide to Kogi governor, Salem’s death was unbearable.

“As a young parent like the late Tordue, I am completely devastated. This is sad. You were a jolly good guy sir, May your killers never find rest.
RIP Bro”.

Related Topics:Tordue Henry Salem
Up Next