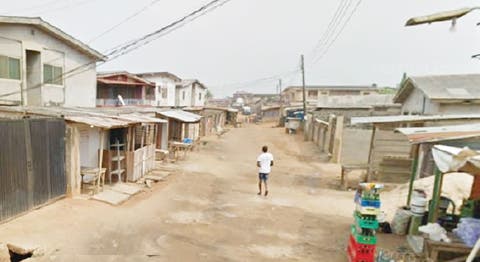 Femi Ogunshola, a Nigerian welder, has been accused of impregnating and procuring abortion for a teenager in the Ipaja area of Lagos State, TopNaija reports.

The victim’s family told revealed that after the 22-year-old suspect was arrested, the police released him without filing any charges against him. The father, Sakiru Jimoh, who called for the re-arrest and prosecution of Ogunshola, said his 17-year-old daughter almost died.

He said, “My daughter started staying with me in January and I noticed the suspect and my daughter together. I warned my daughter and beat her and they stopped seeing each other. But all of a sudden, I was called on the phone last Wednesday to come home that my daughter was complaining of stomach pain.

“When I got home, I asked what happened to her, but she didn’t say anything until we took her to a nearby hospital, where it was discovered that she did an abortion. I didn’t pester her when the doctor told me so that the medication given to her could work.

“On Thursday morning, I asked her who was responsible for the pregnancy and she told me that it was our neighbour, who also gave her what to use to terminate it.

“I went to the Alagolo Police Station to report and the suspect was arrested that day. I was told to go back home and return the following morning. But when I got to the station the following day, I was surprised when the IPO said she ought to detain my daughter as well because she knew about the act.

“The IPO collected N3,000 from me and I also gave her N200 to buy food for the suspect when I was told that his family members did not show up. When I called the IPO on Saturday to ask about the case, she said I should come to the station around 8am on Tuesday, not knowing that the suspect had been released. It was not up to 30 minutes after I dropped the call that my brother’s wife told me that the boy had been released.”

Jimoh said when the suspect returned to the house on Saturday, he never apologised to his family, adding that he pretended as if nothing happened.

He noted that the police did not also inform him of the release. “It appears that the police want to sweep the case under the carpet. I want justice for my daughter, because she almost lost her life,” he added.

Cultist tortured to death during initiation