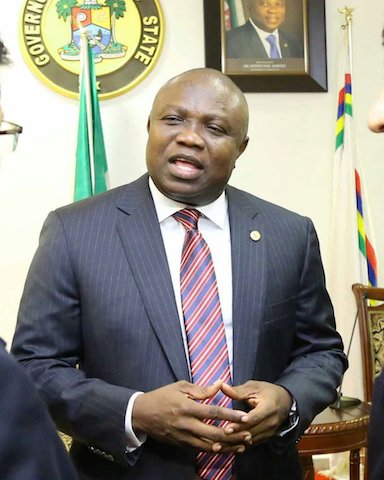 Ambode disclosed this while addressing participants of the Town Hall Meeting on Security Trust Fund in Alausa, Lagos, on Wednesday.

He said the bridges would be demolished by the government to give way for the new rail project.

The governor said the project would be executed for the good of the residents and it would increase the economy of the state.

“The Jibowu and Costain bridges will give way for the laying of tracks of a Lagos-Ibadan rail project,” he said.

Ambode also said that the demolition would give room for a track that would stretch from the old Fela Shrine to WAEC end.

According to him, the track will be constructed in such a way that no vehicle crosses it.

He said that the traffic would be managed during the project and appealed to people in the state to bear with the situation.

On kidnapping, Ambode said plan had been concluded to procure surveillance aircraft that could effectively gather intelligence in parts of the state and assist significantly in dealing with the menace.

“It is pertinent to note that these criminals have not relented in their pursuit of evil. We must demonstrate that we are prepared to do whatever it takes to make it difficult for them to succeed in their evil plots.

“We will apprehend them and bring them to justice,” he said.

Ambode urged people to install CCTV cameras in their organisations to help expand the reach of law enforcement agents in the event of any security breach.

“As responsible citizens and worthy stakeholders, you also have crucial part to play for the enhancement of security in the state,” he said.

Earlier, the Commissioner of Police in the state, Mr Edgal Imohimi, said the introduction of community policing and the increase in police visibility had resulted in 35 per cent decline in crime.

Imohinmi, however, said that despite massive contributions by the state security trust fund, dearth of patrol vehicles remained a challenge.

“Many vehicles attached to the divisions have become rickety and unserviceable due to old age and over usage,” he said.

Imohinmi, however, said the command would not relent in its efforts to consolidate on the achievements recorded so far, but would appreciate if additional critical fighting equipment were provided.

He said this would help to improve on the successes so far recorded in the command’s fight against crime and criminality.

Also, Secretary of the Security Trust Fund, Mr Abdulrazaq Balogun, said there was need for organisations to engage in consistent and sustainable security model.

According to him, this will enhance strategic planning for improved security in the state.

Related Topics:LAGOS-IBADAN RAILWAY
Up Next