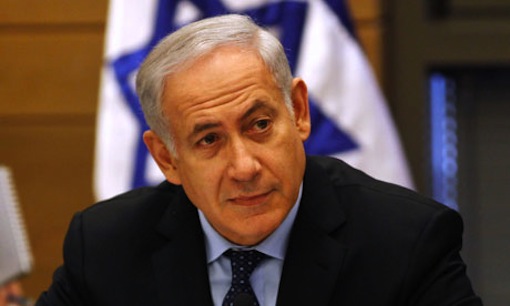 Prime Minister Benjamin Netanyahu described the UN as a “house of lies” ahead of a vote on Thursday on a draft resolution calling on the United States to withdraw its recognition of Jerusalem as Israel’s capital.

“The State of Israel totally rejects this vote, even before (the resolution‘s) approval,” Netanyahu said in a speech at a hospital dedication in the port city of Ashdod.

The 193-member UN General Assembly will hold a rare emergency special session on Thursday at the request of Arab
and Muslim countries to vote on the draft resolution, which the U.S. vetoed on Monday in the 15-member UN Security Council.

Generating outrage from Palestinians and the Arab and Muslim world, and concern among Washington’s Western allies, President Donald Trump abruptly reversed decades of U.S. policy on Dec. 6 when he recognised Jerusalem as Israel’s capital.

Palestinians have protested daily in the occupied West Bank and in the Gaza Strip since Trump’s announcement, throwing stones at security forces and burning tires.

Eight Palestinians have been killed by Israeli gunfire during the demonstrations and dozens wounded, Palestinian health officials said.

Two militants were killed in an Israeli air strike in Gaza after a rocket attack.

Trump threatened on Wednesday to cut off financial aid to countries that vote in favour of the UN draft resolution, and his ambassador to the world body, Nikki Haley said the U.S. “will be taking names”.

Netanyahu, in his speech, thanked Trump and Haley for “their brave and uncompromising stance”.

He repeated his prediction that other countries would eventually follow Washington’s lead in pledging to move their embassies from Tel Aviv to Jerusalem.

“The attitude towards Israel of many countries, on all continents, outside the walls of the UN, is changing and will ultimately permeate into the UN-the house of lies,” he said.

Most countries regard the status of Jerusalem as a matter to be settled in an eventual Israeli-Palestinian peace agreement, although that process is now stalled.

Israel considers Jerusalem its eternal and indivisible capital and wants all embassies based there.

Palestinians want the capital of an independent Palestinian state to be in the city’s eastern sector, which Israel captured in the 1967 Middle East War and annexed in a move never recognised internationally.

Related Topics:JERUSALEM VOTE
Up Next