Husband flees as wife gets strangled to death in Kaduna
Advertisement 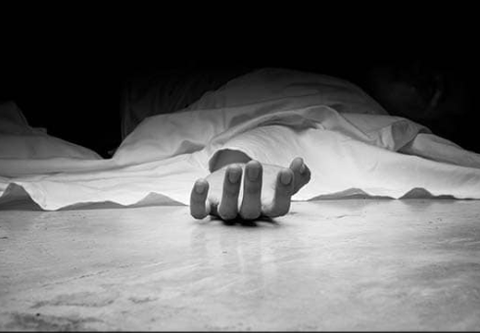 On Tuesday, Mahuta community in the Igabi Local Government Area of Kaduna State has been thrown into mourning following the strangulation of a housewife and mother of five in the area, TopNaija reports.

It was gathered that the incident occurred on Tuesday at a house near the National Eye Centre, where the woman’s husband, Nuhu, works as a security guard. TopNaija’s findings revealed that the victim’s husband had been at large since the incident happened. The development forced the woman’s relations to come all the way from Jos, Plateau State, to accuse Nuhu of allegedly killing his wife.

It was learnt that the couple shared the same room in an uncompleted building, while their daughter occupied another room. Though no one could say who killed the woman, but her relations accused her husband, because “he ran away” from the house ever since the incident occurred.

Mallam Mohammed Bashir, who claimed to be a guardian to the vicitm, said Nuhu ran away since the incident happened. Bashir said he was aware that the couple always had altercations, which sometimes warranted his intervention.

He said, “All the husband’s personal belongings were removed from the room. We suspect him because they slept together in the room, but when his wife’s body was found, he was nowhere to be found.

“The daughter discovered the lifeless body of the mother inside the room, where she was squatting with her husband. The daughter tried to wake her up, thinking she was still sleeping, but when she realised that her mother was not responding, she ran out of the room crying.

“She rushed to my house and told me that her mother was dead. So, I went to the house and discovered that she was dead. We saw a rope tied to her neck, which made us to believe that she was murdered. As her guardian, I was aware that they used to have altercations and I always intervened.

“She left five children, but four of the children are from a previous marriage, while she had the daughter with the current husband.”

The Kaduna State Police Command has yet to confirm the incident. When contacted on the phone, the command’s spokesman, ASP Mohammed Jalige, did not take his calls and had yet to respond to a text message sent to his mobile phone, as at the time of this report.

How car bomb killed 17 in Afghanistan