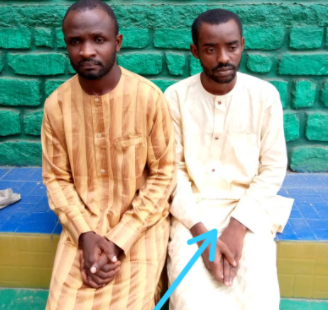 Operatives of the Kaduna State Police Command have arrested two suspects for they allegedly killed their friend, Idris Bashir, who they owed N385, 000.

A statement released by the spokesperson of the state police command, ASP Mohammed Jalige, says that on June 5, the command received a complaint from one Bashir of Zaria town that on June 4 at about 10am, his biological son, Idris Bashir, left home and never returned and that he was suspecting his son’s friend, one Mannir Salihu, as being responsible for his son’s disappearance.

”Upon accepting the formal complaint, it is binding on the Police to investigate with the view to unraveling the pre and post disappearance of the victim which led the Command to immediately launch a manhunt for the suspect.

After apprehending the suspect, he disclosed that himself and one Aliyu Yahaya ‘m’ of No.94 Anguwan Magajiya, Zaria City lured the victim to an uncompleted building where they killed him and dumped the body in an abandoned well.

They decided to commit the dastardly act of ending the victim’s life in a gruesome manner, in order to avoid refunding the sum of Three Hundred and Eighty Five Thousand Naira (N385,000.00) they owed the deceased.”the statement in part read