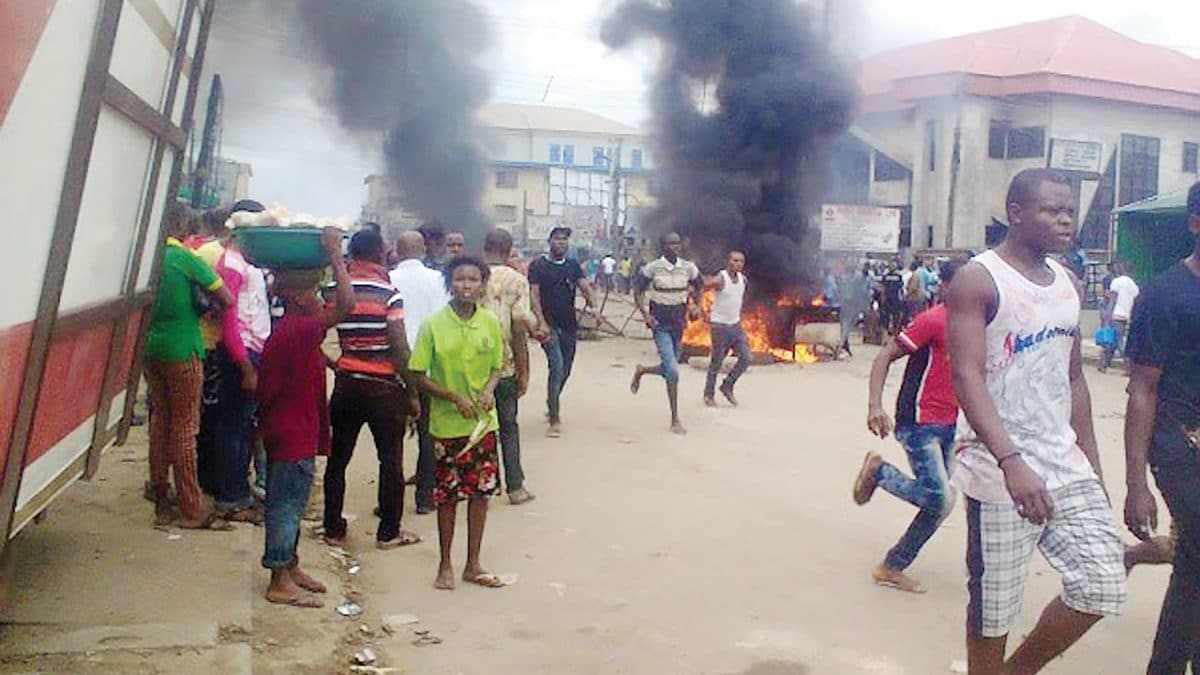 The incidents, which took place in the early hours of Monday, occurred at different locations in the Calabar South Local Government Area of the state.

One occurred at Atu by Palm Street, another at Mayne Avenue by Inyang while the third person was burnt at EfioAnwan Street at Anantigha, all in Calabar South.

DAILY POST reporter, who moved around the local government area (Calabar South), observed that the suspects were burnt beyond recognition by the mob who hanged old vehicle tyres across their necks, poured petrol and set them ablaze.

It was gathered that one of the suspected thieves who operated at different location, was caught and brought to Atu by Palm Street where he lived and burnt to death.

It was alleged that he used a master key to break into people’s houses and shops to steal.

“You can see the keys beside his burnt body,” a resident of the area pointed it out to our reporter.

Sadly, for the one at Mayne Avenue by Inyang, a Keke Napep (tricycle) driver who did not give his name said: “The suspect used to drive Keke Napep, suddenly he stopped. I don’t know that he has gone into stealing.

“The economy is hard but stealing is not the best option. Just look at the way he died, so bad. He was struggling, so they broke his legs, before putting tyres on him and lighting the fire,” a witness lamented.

The third incident that occurred at EfioAnwan, residents said: “He stays around here and still goes about stealing around here. So, the people said it was too much and decided to end his life since whenever he is arrested by the police, he will come out, boasting and still continue with his stealing – disturbing the neighborhood”.

When contacted via Phone on Monday, DSP Irene Ugbo, Police Public Relations Officer, Cross River State Command, confirmed the incidents and said she had earlier warned against mob attack as it was not unlawful, noting that the Command had asked residents to report such in incident to the Police.

“Residents should avoid jungle justice, it is not healthy for our development, economically, socially and politically, we should report such incident to the Police and watch what we are going to do, people should have confidence in us,” she stressed.