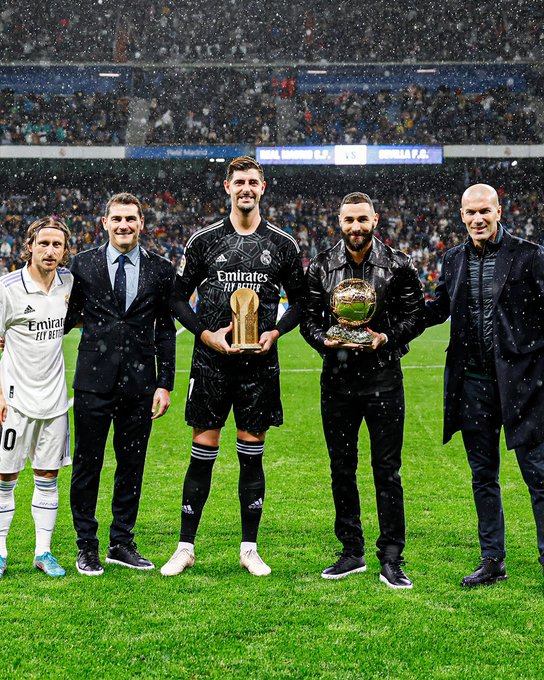 Write off Cristiano Ronaldo at your own peril, Ike Casillas says when asked about former Real Madrid teammate and the star’s prospects going into the Qatar World Cup.

Ike Casillas, who also served as a former goalkeeper for Spain, has said that Cristiano Ronaldo going into the world cup wouldn’t be to attend as the spectator that watches other players perform without leaving his own mark in the tournament.

Ike Casillas goes on to claim that his former Real Madrid teammate is still capable of playing at the greatest level and is a serious candidate for the tournament’s Golden Boot award.

This year, Ronaldo has drawn criticism for his actions and demeanor while playing for Manchester United.

Only four of the 10 Premier League games in which the 37-year-old has appeared this season have seen him start, and he has only one goal to his credit.

Ronaldo, though, cannot be written off, according to Casillas.

Casillas gave Marca a list of his top picks to win the Golden Boot in Qatar in his analysis stating:

“It seems that Cristiano has come to the World Cup as a guest and people don’t count on him because of all the trouble he has at Manchester United, but….

“I do [have him as a contender]. When people talk about Cris they forget what he has done. Come on, he doesn’t forget, because he knows what he’s done. But I would always like him on my team. Cristiano still has the string to play at the highest level.”

Unlike Cristiano Ronaldo’s former Manchester United teammates’, Ike Casillas seems to be the one with the positive mindset for the player’s prowess on the pitch side.