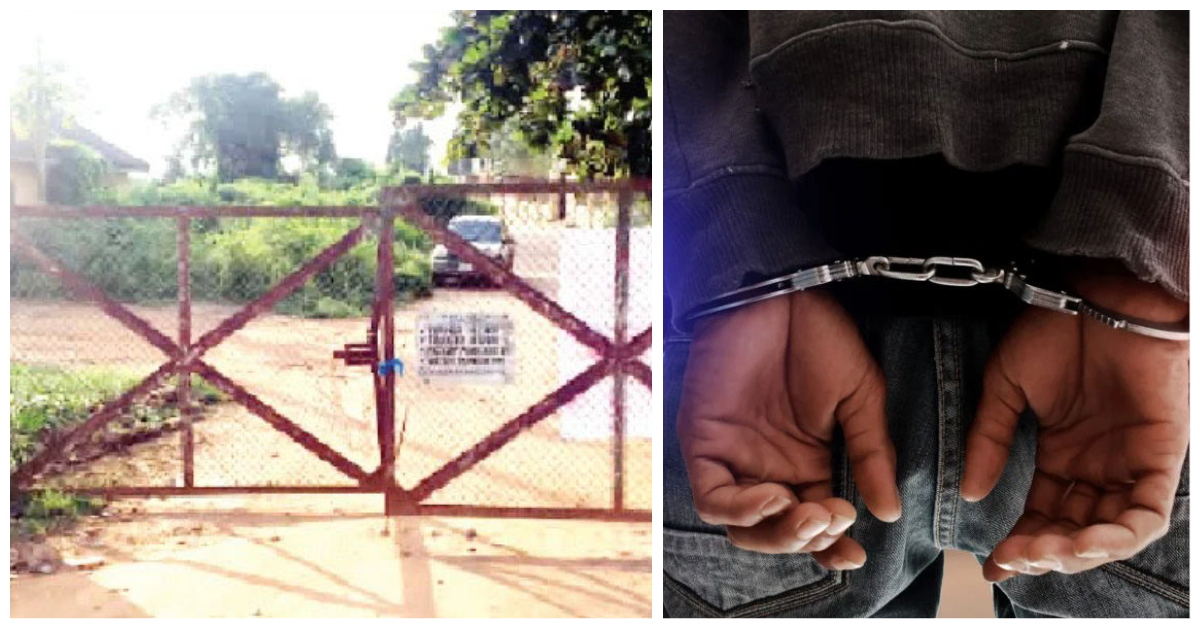 An Estate guard has been arrested by the police for allegedly stabbing a carpenter to death in his workplace n Lagos.

TopNaija reports that a security guard, identified as Dayon Ayuba was arrested by the officials of the Lagos State Police Command for supposedly stabbing a carpenter, identified as Taiye, to death on Nitel Estate, in Ikorodu area of the State.

According to reports, the 30-year-old victim who lives in Mushin was said to have visited a friend, Samuel Shobowale for some carpentry work at his residence in the said estate.

Taiye was believed to be on his way home after finishing the task when he chose to take a shortcut to rapidly access the main route and board a vehicle to his destination.

According to the estate’s landlord, Bolade, Taiye attempted to scale the estate fence to connect to the main road at 8.40 p.m. when Ayuba, who was on duty, confronted him.

“The person (Taiye) wanted to scale the fence, but the security guard told him to pass through the official gate. He refused and decided to jump the fence. So, it led to a misunderstanding and both of them started fighting.

“In the process, the security guard brought out a knife and stabbed one of his laps. The man started bleeding and people rushed him to a hospital.”

According to reports, the 30-year-old was brought to Life Seminary Hospital in Ota-Ona, Ikorodu, where he was pronounced dead by a doctor.

Another resident, who requested anonymity, stated that the police were notified and that the individuals apprehended were sent to the State Criminal Inquiry Department for further investigation.

He said, “The incident happened at night and the victim was one of the people working at a site on the estate, where many building constructions are ongoing. The security guard was just overzealous as there was nothing incriminating on the deceased.”

One Adeshida, Chairman of the Nitel Estate Residents Association, said he was unaware of the event but would contact his secretary and get back to the newsmen.

As of the time of filing this report, he had yet to do so.

The state Police Public Relations Officer, Benjamin Hundeyin, said the investigation into the incident was ongoing, adding that the suspect (Ayuba) had been arrested.

He said, “The suspect was promptly arrested and as of the time he was arrested, it was just a case of assault occasioning harm. But later, the person that was stabbed died and the investigation moved from that to homicide. The case has been transferred to the State Criminal Investigation Department.”

Related Topics:LagosPoliceSecurity guard
Up Next

Security Guard in trouble for stabbing Carpenter to death in Lagos