Graphic designer cries out after 'unlawful' detention by EFCC
Advertisement 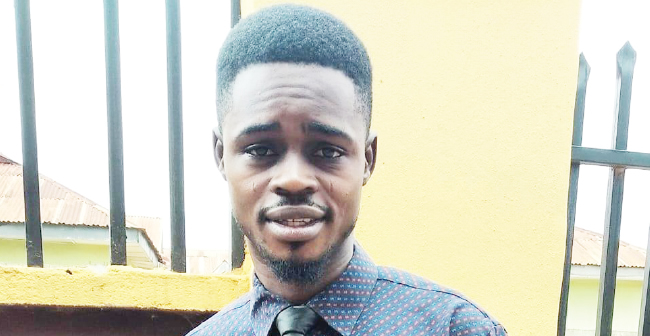 Rotimi Adediran, a young Nigerian graphic designer, has lamented his arrest and detention by operatives of the Economic and Financial Crimes Commission.

The 30-year-old, who narrated his ordeal on Tuesday, said the EFCC posted his photo on social media without conducting any investigation. He noted that the action had destroyed his reputation and career.

Our correspondent learnt that Adediran was arrested at his Abeokuta, Ogun State residence on October 14, 2020.

He said, “I was sleeping in my room on October 14 when I noticed that some men were jumping the fence into our compound. I thought they were armed robbers at first, so I stayed still in my room.

“I heard as they broke my neighbours’ doors and arrested them. I was still in my room panicking when they broke my door and shouted that I bring out my phones and laptops while pointing guns at me.

“I thought they would check my phones and laptop right there and let me go, but they told me to pick up my laptop, phones and follow them. I was arrested alongside two other guys in my compound and taken to their office in Ibadan, Oyo State.

“When we got to Ibadan, I thought they would do their investigation and distinguish between criminals and those they arrested wrongly. But it was another story entirely as they took our pictures without any investigation and uploaded them on social media.”

Adediran said he was later handed over to another officer, who took his phones and laptop and asked if he was involved in cybercrime.

The Twitter influencer said despite his denial, three other officers searched his laptop for over four hours.

“They printed my emails, text messages and statement of account. I thought that they would let me go after they found nothing in my gadgets, but they said they were taking the gadgets to their ICT centre to check again. Still, they found nothing.

“I was told to write a statement and a criminal file was opened for me. After I finished writing my statement, I was given a bail condition which I couldn’t meet that day. I was told to get a lawyer and two sureties who must have property in Ibadan and must have paid tax for two years.

“I was released after 48 hours which was late Friday night. When I got home, the whole compound had been raided and our belongings carted away.

“They ruined my image by posting my picture online without any investigation. I was supposed to start a job when I was with them but because I didn’t have access to my phone, I lost the money that I was supposed to make. After I was released, I found it difficult to associate with people both online and offline because of the experience. Most of the works I was supposed to do for some brands were cut off because of my picture that was circulated online,” he added.

A spokesperson for the EFCC, Wilson Uwujaren, said Adediran was arrested based on information.

He said, “The commission does not hold on to the telephone of any suspect except there is need to. The truth of the matter is that the suspect was arrested based on intelligence. He was questioned for over two days and released on bail, which he is entitled to.

“However, the fact that he is out on bail does not amount to a clean bill. The case is still under investigation which is why he is asked to report at intervals.”

Related Topics:EFCCRotimi Adediran
Up Next