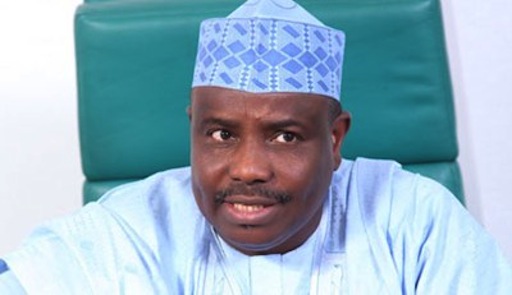 Gov. Aminu Tambuwal of Sokoto State said on Friday that his administration would create Ministry of Energy in 2018 to facilitate project execution in the energy sector in the state.

Tambuwal dropped the hint while addressing newsmen at the Government House, Sokoto.

He said that the ministry would help promote economic and commercial activities as well as create employment opportunities all over the state.

The governor added that N1.4 billion had been earmarked for the energy sector, including the take-off of the new ministry in the 2018 budget.

He said the ministry was expected to handle the completion of the 38 megawatts independent power project inherited from the previous administration, among others.

Tambuwal said government would also construct feeder roads across the state, including the 30 kilometre Kuruwa-Kaurare road in Tureta Local Government Area (LGA) of the state.

He listed other roads as the 10 kilometre Goronyo-Birjingo road in Goronyo LGA, 18 kilometre Toronkawa-Binjin-Muza-Kibiyare road in Yabo LGA and 15 kilometre Kebbe-Girkau-Mazoji road in Kebbe LGA, among others.

Related Topics:GOV. TAMBUWAL
Up Next